PGA Tour pro Will Zalatoris has opened up on the rough decision to part ways with his caddie mid-way through the Wyndham Championship. 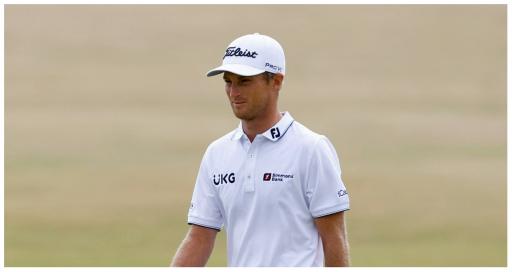 Will Zalatoris has opened up on the decision to part ways with his caddie halfway through the Wyndham Championship on the PGA Tour.

When some player-caddie relationships end it can come as a great relief to the player or a shock to the wider world.

Think of Bubba Watson splitting up with Ted Scott, who now loops for World No.1 and Masters champion Scottie Scheffler.

Or perhaps Jim "Bones" Mackay and Phil Mickelson. As it turned out, there was something more going on behind the scenes with those two.

Tiger Woods' former caddie Steve Williams has been revealing all about their time together in the Chasing Majors podcast.

As for Zalatoris, you can count his decision as one that really hurt. His decision to call it quits with Ryan Goble sounds as if it was particularly rough.

The 25-year-old told the media: "It was the toughest decision I've had to make in my golf career.

"Ryan's a brother for life. We've kind of had a rough month together and it was starting to affect our relationship. I know guys say that when they split, but it really was.

"We were guys that we would love to have dinner together and hang out... what was going on on the course was starting bleed off the course and that's not what you want.

"He's an incredible friend, I love him to death, and I told him I had to do what's best for me."

Zalatoris now has Josh Gregory on the bag for the remainder of the weather-affected tournament at Sedgefield Country Club.

Gregory has previously worked for Kevin Tway and Cameron Tringale. Whether or not he will carry for Zalatoris for the FedEx Cup Playoffs remains to be seen.

Zalatoris is having a remarkable season although he has yet to taste victory. His performances in the majors have been particularly impressive.

He lost in a playoff at the PGA Championship to Justin Thomas and finished one stroke behind Matthew Fitzpatrick at the U.S. Open.

Zalatoris is now ranked 14th in the world. His rise has been stratospheric. He claimed the PGA Tour's Rookie of The Year award last season.

It looks like Cameron Young will take that honour this year.