Collin Morikawa was beaten 7&6 and Brooks Koepka beat Jon Rahm in a playoff after an exciting match in the last-16 at Austin Country Club on Saturday. 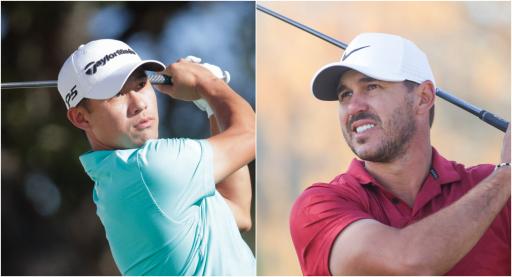 Collin Morikawa was thrashed 7&6 by Abraham Ancer in the last-16 of the WGC Match Play on Saturday, while Brooks Koepka beat Jon Rahm in a playoff.

Morikawa came up against Abraham Ancer and he couldn't lay a glove on the talented Mexican. Ancer made five birdies on the front nine to go 5 up at the turn.

The two-time major champion didn't win a hole. Ancer saw out the match with a birdie on the 12th hole to set up a quarter-final tie with Corey Conners.

After a match where Rahm never led during the regulation 18 holes, Koepka was 2 up with three holes to play having only made two birdies up to that point.

Rahm missed a putt on the 18th hole to take the spoils and after both players hit their shots to the green on the first playoff hole, Koepka boxed a birdie putt from the fringe to win.

Tyrrell Hatton won two more holes than Morikawa did in his match with Seamus Power on Saturday, but this wasn't enough to hold back the tide from the Irishman.

Power, seeded 42, was 5 up after eight holes and he won the match on the 15th hole when both players made pars. This was an extremely impressive performance from Power as Hatton had won all three group games.

It wasn't to be the fairytale outcome for Richard Bland in the last-16. He lost 3&2 to the 2017 WGC Match Play champion Dustin Johnson.

Scottie Scheffler got his revenge on Billy Horschel by beating him 1 up. This was a repeat of the 2021 final which Scheffler lost and now the recent two-time PGA champion will play Power in the quarter-finals.

No.36 seed Corey Conners beat Takumi Kanaya 5&3, while Kevin Kisner beat Adam Scott on the 18th hole having been 3 down with four holes to play.

Will Zalatoris vs Kevin Kisner