Matt Fitzpatrick and Ian Poulter were both spotted wearing microphones on their caps at the WGC Match Play as part of the new Netflix series about the PGA Tour. 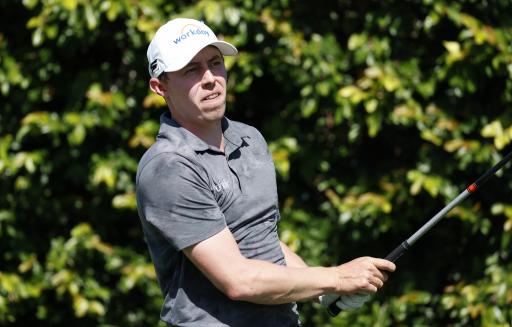 Matt Fitzpatrick was spotted wearing a microphone on Friday at the WGC Match Play and it was revealed this was for the new PGA Tour Netflix series.

Fitzpatrick, unfortunately, lost in a playoff to Scottie Scheffler on Friday afternoon while trying to make it to the last 16 at Austin Country Club.

The Englishman was wearing a black object on his cap and although it wasn't initially clear to viewers what it was, it was soon revealed as a microphone.

Both he and Ian Poulter have worn them this week in Texas as they are two players on a long list who have consented to participate in the PGA Tour Netflix series.

Related: Tyrrell Hatton fuming as group behind HIT THROUGH THEM at WGC Match Play

The power of @netflix: here is @MattFitz94 wearing a microphone for the forthcoming show, as pointed out on todays @GolfChannel @DellMatchPlay telecast. Yet the @PGATOUR’s network partners paying huge money have largely struck out trying to get players to wear them. pic.twitter.com/sIlBHikPri

It wasn't the week that either Englishman wanted. Poulter, a match play specialist for Team Europe at the Ryder Cup, only won one match in Group 5.

The USGA, the R&A, the PGA of America and Augusta National have all consented to allow access for Netflix to film at their prestigious tournaments.

The series is set to show behind-the-ropes footage and the emotions of travel, practice, training and victory on the PGA Tour.

Collin Morikawa, Jordan Spieth, Justin Thomas, Tommy Fleetwood, Rickie Fowler and Brooks Koepka are just some of the other golfers participating in the exciting new series on the 2022 season.

The series is supposed to take a similar form to Drive to Survive, a popular programme on Netflix which is about Formula 1.