McIlroy has committed to playing the Waste Management Phoenix Open in February for the very first time as he prepares for The Masters. 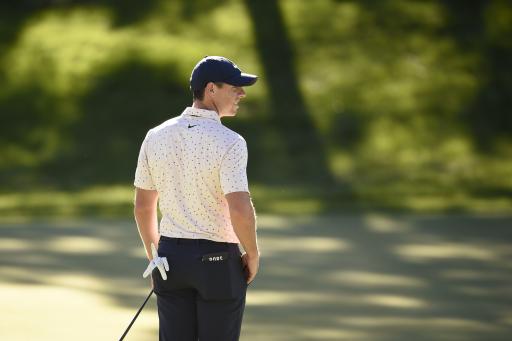 Rory McIlroy will play in the Waste Management Phoenix Open for the very first time next month, meaning he will now play seven times in eight weeks during the run-up to The Masters.

The Phoenix Open at TPC Scottsdale is typically one of the PGA Tour's most exciting events due to the large crowds the tournament attracts, with Webb Simpson claiming the title last year.

TPC Scottsdale's famous 16th Stadium Hole was as lively as ever in 2020, with one woman in the crowd showing the players a little more than they expected as they reached the green.

RELATED: Woman FLASHES HER CHEST at the players during 2020 Phoenix Open!

Jason Day has also committed to this year's Phoenix Open and the Australian star will be putting his very mixed golf bag into action, after he recently left TaylorMade.

“We are excited to welcome Rory to the Waste Management Phoenix Open for the first time ever and glad to welcome back Jason to TPC Scottsdale,” Tournament Chairman Scott Jenkins said in a release. “They are some of the most accomplished players in recent PGA Tour history and continue to add to the already impressive list of world-class golfers in the field. We are ready to get things going and looking forward to watching these great players tee it up at ‘The People’s Open’ next week.”

McIlroy returns to the PGA Tour this week after switching to the European Tour for the Abu Dhabi HSBC Championship, where he let failed to convert a strong start into a victory, with Tyrrell Hatton pulling through to claim the title.

“I don’t feel like I played great this week, I felt I was managing my game a bit,” McIlroy said after Abu Dhabi. “It’s nice to get a competitive week under my belt, know where my game is and see what I have to do to keep improving.”

NEXT PAGE: Justin Thomas sponsor Citibank: "His language was beyond offensive"