What's in K.H. Lee's bag as he wins his first PGA Tour title

Take a look at the clubs K.H. Lee used to win the AT&T Byron Nelson. 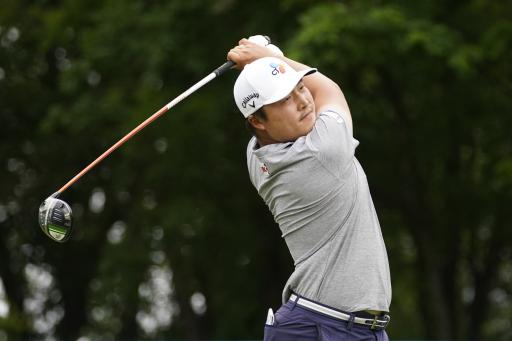 K.H. Lee punched his ticket to Kiawah Island for the PGA Championship after he claimed his first PGA Tour victory at the AT&T Byron Nelson on Sunday.

With a winning score of 25-under par, TPC Craig Ranch proved to be one of the easiest stops on the PGA Tour we have seen in a long time, but Lee still had to fight off competition to close out a three-shot victory.

Sam Burns continued his fine form and looked as though he could pick up another PGA Tour win, having only recently won the Valspar Championship, but a 6-under par final round from Lee left Burns in second place.

After claiming his first PGA Tour title, Lee reacted through a translater, saying that he was so overwhelmed with the victory that any planned celebrations went out the window.

"Before a lot of imagine when I win, like what is that," he said through a translator. "Like, yeah, like fist pump or I imagine a lot of things, but too excited over there. Almost forget everything. So excited, yeah."