Allison Stokke has had a life in which she has experienced incredible success in pole-vaulting, but has also been involved in controversy. 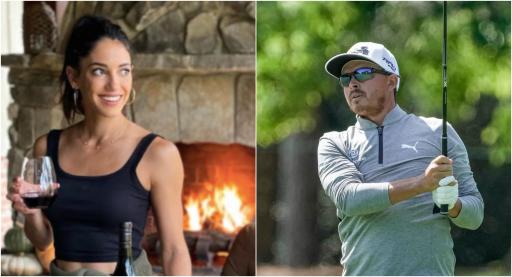 Rickie Fowler married Allison Stokke in 2019 and between them, the couple have a lot of athletic ability and achievements to their name.

Born in Newport Beach, California, Stokke was born into a competitive, athletic family. Her older brother David was a gymnast at the national youth level but she decided to take the track and field route.

In 2004, Stokke recorded a vault of 3.86 metres, which broke the American record for high school freshmen in what was her first year competing in athletics.

Her vault was the best ever recorded by a 15-year-old and at the end of her freshman year, she went on to win the CIF California State Championship.

As a sophomore a year later, she jumped a new personal best of 4.11 metres. Her mark would set a new high school sophomore record and set another American record for 16-year-olds.

After a significant injury setback, the pole-vaulting sensation won another championship at the CIF California State meeting in her senior year of high school.

However, in 2007, Stokke found herself in the centre of controversy, when a seemingly normal photo of her was taken at a competition in New York and circulated to a blog that was known for objectifying women.

As Stokke had only just turned 18 at the time, this was an extremely unsettling storm that circulated the press and it was controversy created through no fault of her own.

The talented athlete overcame this difficult period to attend the University of California, Berkeley, where she broke the school's freshman record with a vault of 4.11 metres.

After trying and unfortunately failing to qualify for the London Olympics in 2012, the 32-year-old became a sportswear model and began a career in performance marketing.

Stokke and Fowler began dating in 2017 and, after being engaged in 2018, they got married in 2019 and remain a happy couple.