The Ryder Cup winner returns to the PGA Tour in Mexico this week and appears to have a fresh attitude. 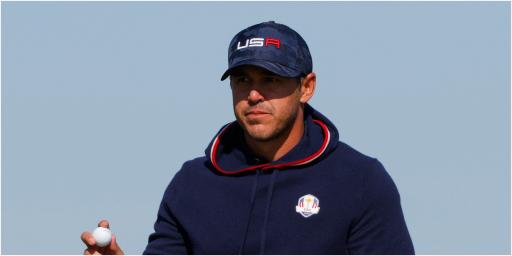 Brooks Koepka appears to be the type of man who never has time for any nonsense.

He's a find it and hit it kind of player and has been one of the PGA Tour stars to call out those who he sees as being too slow.

His so-called feud with Bryson DeChambeau emanated from Koepka getting a little peeved with the young American's deliberate style of play.

Therefore it was absolutely no surprise over the years to hear how this approach from Koepka translated to his off-course thinking.

He was previously asked about if he would see himself as an analytical player.

Koepka didn't think so, and said he didn't particularly have time or use for technology such as TrackMan.

They are now a staple all over the world now on every golf tour.

I'm a feel kind of player, Koepka admitted last November, adding: "I really don't use much of TrackMan.

"I bought TrackMan years ago and I think after like two weeks I just gave it to my brother.

"For me, that's just how it goes. I get too consumed in numbers and numbers that are unimportant in trying to make everything.

"I've kind of done that even with like a yardage book, I can get kind of consumed in the information to be perfect.

"You know, golf, you can't be perfect in this game.

"So I've kind of learned that, so kind of put all the information to one side."

Koepka returns to the PGA Tour this week and is one of the favourites in Mayakoba at the El Camaleon Golf Club in Mexico.

But he made a surprise admission this week:

There's nothing holding the 8-time TOUR winner back now. pic.twitter.com/iTJy8v8NtE

Sit on the range all day?

That certainly doesn't sound like the Koepka we know.

His admission is at odds with previous comments about how he only practices before the majors.

"Regular tournaments I don't practice," he previously told the media.

Koepka would later give an interview with GolfDigest where he claimed he wanted to catch Tiger Woods on majors.

But perhaps the fact that Koepka made this admission signals a change in attitude for the four-time major champion?

MORE: GOLF FANS REACT TO THE "DISMAL FAILURE" OF WHS