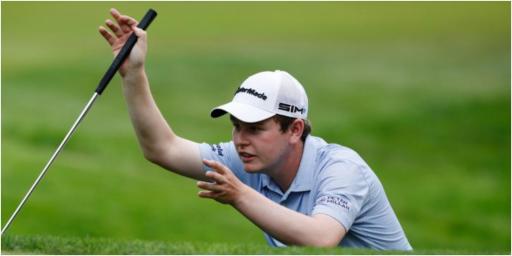 Scotland's Bob MacIntyre could have been forgiven for being frustrated he missed out on a Ryder Cup selection.

He had a good season and the chance of playing was in his hands but a poor finish saw the chance fade away.

Padraig Harrington instead handed his captain's picks to Shane Lowry and the experienced Ian Poulter and Sergio Garcia.

It didn't matter in the end, we all know what happened as Europe were completely obliterated.

But now MacIntyre is determined to change up his style of play in 2022 to target more wins.

Ultimately a spot in the Ryder Cup side in Rome is also in his sights.

The Scot will peg it up at the Portugal Masters this week.

He has been on a frustrating run of form since he finished in the top 10 at the Open championship in July.

MacIntyre also failed to secure his PGA Tour card at the Korn Ferry Tour finals and has missed the cut in fight of his last eight starts.

Three events are left for the 2021 Race to Dubai.

It looks like the United States' Collin Morikawa has that title all but wrapped up.

"I've got goals that I've set and there are little things that I'm trying to work on within my team," MacIntyre told Sky Sports. "This week is pretty much the week, you'll probably see it on the TV if I'm playing well.

"(I want) to be more aggressive from certain numbers and I think it has come into my golf because of the some of the golf tournaments I've been playing in over the past year, where you've had to be almost more defensive than offensive.

"I'm trying to flip the switch now and become more offensive rather than defensive.

"There are still little things I'm trying to work on, and this week is a big week for that. There is a lot of expectation on me from everywhere, myself especially. I'm expecting a lot from my game and I feel like my game is there."

MORE: GOLF FANS REACT TO THE WHS AFTER ONE-YEAR ANNIVERSARY