Why is Patrick Reed wearing a Titleist Cap on the PGA Tour and European Tour? 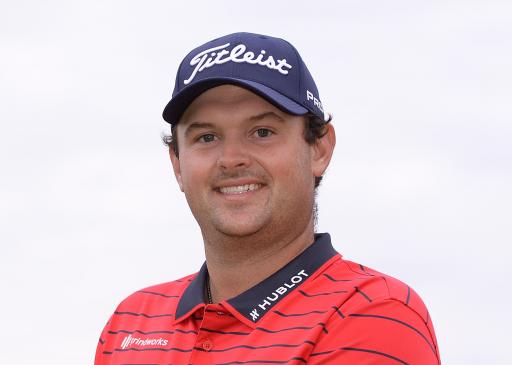 Patrick Reed has ended his contract with Nike Golf after a number of years with the brand and is now wearing a Titleist cap and G/FORE apparel out of personal choice while he remains a free agent in both equipment and apparel markets.

According to GOLF Magazine's Equipment Editor Jonathan Wall several weeks ago, the only deal that Reed has in place with a brand in 2021 is to play a Titleist Pro V1 golf ball. That is it.

Gonna clear this up before rumors get started: Patrick Reed is wearing a Titleist hat this week, but he’s NOT on a staff deal. Does have a ball deal.

Needed a lid for the week now that he’s no longer with Nike and chose Titleist. pic.twitter.com/w45FeCheTh

"Gonna clear this up before rumors (sic) get started: Patrick Reed is wearing a Titleist hat this week, but he's NOT on a staff deal," tweeted Wall. "Does have a ball deal. Needed a lid for the week now that he's no longer with Nike and chose Titleist."

Therefore we can only assume the reason to wear a Titleist cap is because of his only current deal being to play a Titleist golf ball.

There has been no official comment as to why Reed and Nike have parted ways this season, but many people on Twitter are convinced that Nike made the call their end.

Why would Nike want that disgusting pig Patrick reed as a brand ambassador? Generally brands like to pick people that aren’t complete pieces of shit.

I just love that Nike dropped him, even though Nike is trash.

Reed initially moved to Nike Golf when they were in the hardware market for clubs back in 2011, before then switching over to Callaway, but he did not sign an apparel deal with Nike until early 2018.

The man nicknamed 'Captain America' for his Ryder Cup antics has now decided to wear G/FORE apparel - out of personal choice - apparently because he just loves their gear. He has also been seen wearing G/FORE caps during some practice rounds.

G/FORE have recently said they are delighted to learn of Reed's admiration for the brand, but there is no sponsorship deal in place.

As for his shoes, Reed is currently wearing FootJoy DryJoys Tour.

Reed caused huge controversy at the Farmers Insurance Open last week over an embedded ball ruling on the 10th hole during round three - and it led a large number of golf fans to believe he had "cheated" at Torrey Pines - WATCH HERE.

Despite all that, Reed went on to cruise to a five-stroke win as he wrapped up his ninth career title on the PGA Tour to move back inside the world's top 10.