Why is Scottie Scheffler's normal caddie Ted Scott NOT on the bag in Canada?

Scottie Scheffler is in contention yet again to win on the PGA Tour - but where is his right-hand man Ted Scott at the Canadian Open? 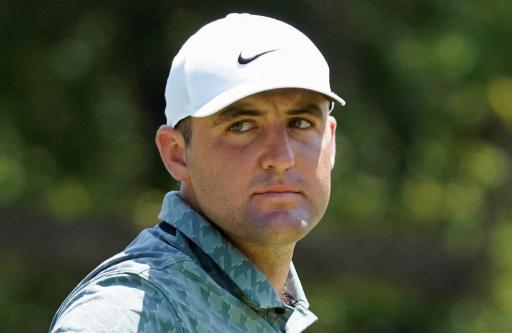 Scottie Scheffler is once again in contention (shock) to win on the PGA Tour at this week's Canadian Open, but he will go in search of a fifth victory in his last 10 individual starts without his right-hand man Ted Scott on the bag.

Scheffler, who is a runaway World No.1 and FedEx Cup leader right now following an incredible run of recent results, finds himself just three shots off the pace on 4-under par heading into the weekend at St George's Golf & Country Club.

Why is Ted Scott not on Scottie Scheffler's bag at the Canadian Open?

Scott, his normal caddie on the PGA Tour, has a particularly good excuse for not being on Scheffler's bag this week as he is competing in the Korn Ferry Tour’s BMW Charity Pro-Am in Greenville.

He was invited to take part in the tournament as a celebrity.

Scott will be back on Scheffler's bag at the US Open at Brookline next week.

Related: Why is Rory McIlroy's normal caddie Harry Diamond also not on the bag at the Canadian Open?

Scheffler picked up Scott from Bubba Watson's bag during the autumn of 2021.

Scott had caddied for Watson for 15 years and together they won 12 times on the PGA Tour, highlighted by two Masters victories.

Of course, Scott was on the bag for Scheffler's maiden major victory at The Masters this April, meaning he has now won three times at Augusta National.

So who is on Scheffler's bag at the Canadian Open?

Scheffler has acquired the services of PGA Tour caddie Jordan Guilford, who has worked previously for the likes of Andrew Putnam and Beau Hossler.

The four-time PGA Tour winner worked with Guilford during two fall events prior to partnering with Scott.

Next Page: Why is Rory McIlroy's normal caddie Harry Diamond not on the bag at the Canadian Open?