Why is Rory McIlroy's caddie Harry Diamond NOT on the bag at the Canadian Open?

The great mystery is revealed as to why Rory McIlroy's normal caddie and best mate Harry Diamond is not on the bag at the RBC Canadian Open this week. 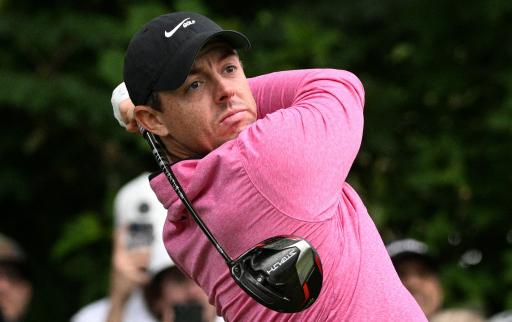 The great mystery as to why Rory McIlroy's normal caddie Harry Diamond is not on the bag at the RBC Canadian Open this week has finally been revealed.

Diamond, who has been on the bag for his best mate MclIlroy ever since taking the reigns from JP Fitzgerald in 2017, is not with the four-time major champion for his title defence at the Canadian Open as he has remained home with his wife who is due to give birth.

Who is on McIlroy's bag at the Canadian Open?

The partnership has certainly worked fairly well for 36 holes at the Canadian Open as McIlroy lies just one shot off the pace on 6-under par heading into the weekend.

McIlroy carded an opening 66 and then added a 68 on Friday to sit one shot behind America's Wyndham Clark, who is bidding to win his maiden PGA Tour title.

Related: Why is Scottie Scheffler's normal caddie Ted Scott also not on the bag at the Canadian Open?

The Northern Irishman is looking to defend the Canadian Open title this week having last won the tournament back in 2019. The last two years of the Canadian Open were cancelled as a result of the coronavirus pandemic.

McIlroy is going in search of his 21st PGA Tour title and his first since the CJ Cup back in October 2021.

Diamond, who was the best man at McIlroy's wedding 2017, is expected to be back on McIlroy's bag at the US Open at Brookline next week.

McIlroy, 33, has known Diamond since he was seven years old. Diamond is five years older than him.

There have been calls in the past by numerous golf fans for McIIlroy to get a more experienced caddie back on the bag as he seeks to win his first major since 2014.

McIlroy axed the experienced JP Fitzgerald in 2017 following a nine-year partnership together. McIlroy won all of his four career majors to date alongside him.

But McIlroy continues to stick by his pal Diamond, and considers him to be "one of the best in the business."