Will Zalatoris used an old trick of the golf course in the first round of the BMW Championship as he took a cheeky look at the World No.1's bag on a par-3 in Delaware. 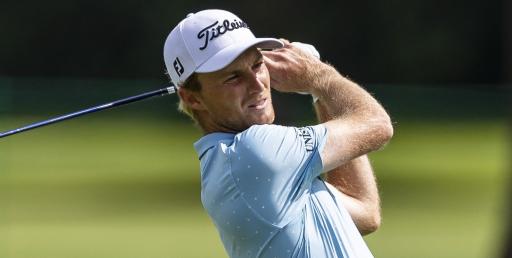 We have all done it. You've arrived on the tee box of a par-3 and you're stuck between clubs. The wind is swirling and you can choose from two clubs in each hand.

Your playing partner hits the ball a similar distance to you and you stroll over to his bag and take a sneak peek. It happens all the time and Will Zalatoris proved this in the first round of the BMW Championship.

Zalatoris was in a group with Scottie Scheffler on Thursday and arrived on one of the par-3 holes at Wilmington Country Club. The man who won the FedEx St. Jude Championship last week didn't know what club to hit.

As Scheffler was lining up his tee shot, Zalatoris looked in the World No.1's bag to see what he was hitting. He was caught red-handed by the cameras on the PGA Tour.

Wait ... what club was that? pic.twitter.com/ZTNmXtowmm

Of course, this behaviour is frowned upon on the golf course, but it isn't against the rules. What you can't do is ask for advice from anyone who isn't your caddie in a tournament. Zalatoris also wouldn't be allowed to touch Scheffler's equipment either to gain an advantage.

Despite both players finishing under-par for their rounds in Delaware (Zalatoris -1 and Scheffler -3), Zalatoris and Scheffler made double-bogeys on an erratic day for the number one and two in the FedEx Cup standings.

They are behind but in touch with the 18-hole leader Keegan Bradley. Bradley won the 2018 BMW Championship and on Thursday, he shot his joint-lowest nine-hole score of 29 on his way to a round of 7-under-par.

After his emotional maiden PGA Tour win last week in Memphis, Zalatoris is now top of the FedEx Cup standings even though Scheffler has won four times this season, including his first major title at The Masters.

At the first two Playoff events, 2,000 points are awarded to the winner so this explains why the 25-year-old was able to leapfrog Scheffler to the top of the pile.