Will Zalatoris had earned more money than any player ever during a PGA Tour season without winning in 2022 before overcoming Sepp Straka in a three-hole playoff at TPC Southwind. 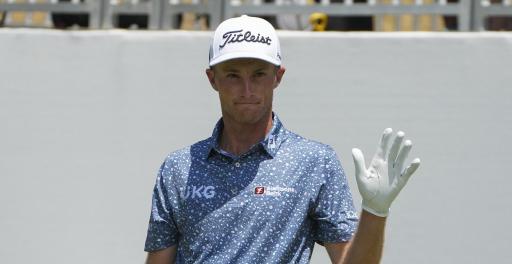 Will Zalatoris finally secured the first win of his PGA Tour career after beating Sepp Straka in a dramatic playoff at the FedEx St. Jude Championship.

The American entered his third playoff of the season at TPC Southwind, aiming to dispel the demons from the Farmers Insurance Open and the PGA Championship earlier in 2022.

The 25-year-old won in peculiar style on the third playoff hole after his tee shot on the par-3 11th narrowly avoided the water, leading to a bogey which was enough to beat his Austrian opponent who was looking for his second PGA Tour win.

Prior to the week in Memphis, he had made 16 top-10's in the last two seasons without winning. He becomes the first player since Camilo Villegas in 2008 to win his maiden title on Tour at a FedEx Cup Playoff event. He has risen to the top of the FedEx Cup standings with Straka in eighth.

J. J. Spaun began the day with a one-shot lead on 13-under-par and Zalatoris immediately got himself to within one shot with a birdie on the 1st hole.

Zalatoris birdied his opening three holes to reach 14-under-par and he led by one shot heading into the back nine with Straka and Brian Harman breathing down his neck.

Unfortunately for Spaun, who won the Valero Texas Open earlier this season, he made two bogeys and a double-bogey in his opening eight holes in Memphis to fall out of contention. He added another double-bogey at the 12th hole too.

Zalatoris, the US Open runner-up, made his fourth birdie on the 10th hole to get back to 14-under-par, having bogeyed the 7th hole. Meanwhile, Straka made birdies on the 10th and 12th holes and suddenly, he was tied with Zalatoris with four holes remaining.

Trey Mullinax started the day two shots behind Spaun and after making his fourth birdie of the day on the 16th hole, he reached 13-under-par and he was now one behind.

But seconds later, Zalatoris tapped in for an easy birdie on the par-5 16th hole to take the solo lead again on 15-under-par. Straka did the same to draw level once more.

The second playoff hole on 18 was eventful. Zalatoris pushed his tee shot to the right under some trees and up against a boundary fence. He hacked out to the fairway and he gave himself a putt of around 12 feet for par.

Straka's tee shot just about avoided the water to the left of the fairway, but as his stance would've been in the water, he took a penalty drop. He hit an incredibly gutsy third shot from the fairway to about six feet.

Both players made clutch pars and moved on to the par-3 11th hole. Quite unbelievably, Zalatoris' tee shot finished greenside between the bottom of the turf and the rocks on the edge of the water.

Straka then found the water on the 151-yard hole and pitched into the bunker from the drop zone. Zalatoris decided to take his ball to the drop zone and hit a superb approach to around eight feet.

He rolled in his bogey putt which couldn't be matched by Straka. The relief and emotion visibly poured from his veins as his fiance Caitlin Sellers greeted him on the green.