Jon Rahm has changed his putters with Odyssey this week for the Memorial Tournament at Muirfield Village. 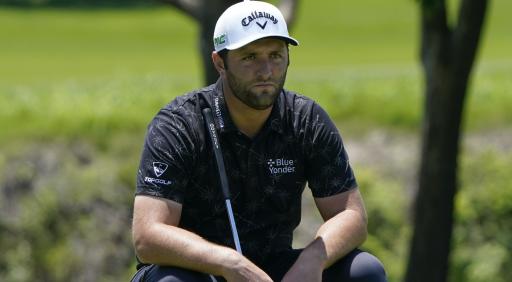 Jon Rahm has made the decision to switch putters this week at the Memorial Tournament on the PGA Tour, opting for the Odyssey White Hot OG Rossie S putter.

In a video posted to Odyssey's Instagram page, Joe Toulon, who is the PGA Tour representative for Odyssey, discussed the thought processes that went into Rahm's change of heart.

Toulon described how the Spaniard has not been performing particularly well on the greens recently, missing important short and mid-length putts to maintain a good score.

Rahm has previously used the Odyssey 2-Ball Ten putter this season, along with his full bag of Callaway woods, irons and wedges.

It is fair to say that a change in putter could help the World No. 3's fortunes on the putting greens as he hasn't excelled in this department this season.

So far in 2021, the 26-year-old is ranked 107th in strokes gained in putting. He is also 178th in the overall putting averages and 180th in the number of putts he hits per round.

Rahm has become one of the most solid performers on the PGA Tour in recent years with five wins since 2017, so an increase in feel and dialled-in comfort with the putter could help him to improve and potentially secure a major title.

Rahm enters the week at the Memorial Tournament as the current reigning champion of Muirfield Village. He won last year's event by three shots to secure what was his fourth PGA Tour title at the time.