LPGA Tour star Michelle Wie West designed a hoodie that is being worn by global celebrities. 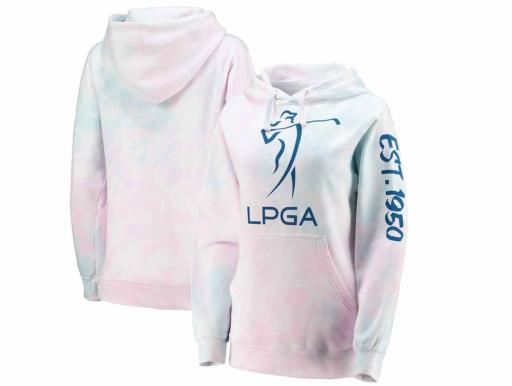 Michelle Wie West hopes her #HoodieForGolf will spark more visibility for the LPGA Tour, after it was worn by global celebrities, with many others still waiting for theirs to arrive.

The LPGA-logoed hoodie features an eye-catching cotton candy colourway which was designed by Wie West, who hopes her hoodie can help create change for women's golf.

The #HoodieForGolf has already been worn by global stars such as Golden State Warriors players Damion Lee and Kent Bazemore, whilst PGA Tour player Justin Thomas recently showed off his new hoodie on social media.

When Wie West originally brought the idea to LPGA chief brand and communications officer Rowman, she hoped the branded hoodie would raise more awareness for the LPGA, which Wie West believes is often left out.

“We’re often hidden,” said Wie West. “We’re often left out; we’re often not covered. It’s been so fun to see our logo, our tour be on the forefront of many media outlets, on many people’s Instagram pages.”

Wie West hasn't won a tournament since 2018 and recently took time out as she became a mother for the first time, yet she remains the most well-known LPGA player in the game today.

The hoodie has been designed to not only spark change and more conversations about the 70-year-old tour, but to help make the sport more diverse.

Proceeds feom the limited-edition hoodie will benefit the LPGA Renee Powell Fund and the Clearview Legacy Foundation, named after Powell, 74, who was the second Black player to compete on the LPGA when she made her debut in 1967.

Powell's father, Bill, built Clearview Golf Club in Ohio in 1946, which to this day remains the only golf course in America built, owned and operated by an African-American.

“Renee has spent her entire life trying to increase the participation of girls of color,” said Wie West, “which is something that is super important to me as well.”