"Major championships are at the top of my list," Xander Schauffele discussed his targets for the rest of the season and a number of other topics with GolfMagic. 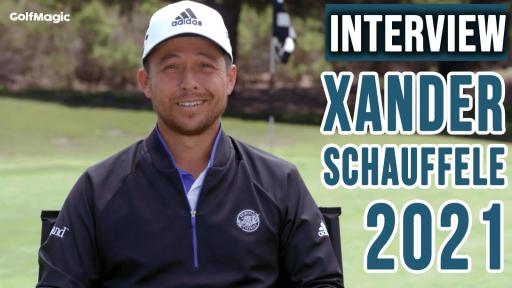 Xander Schauffele has put contending and winning at major championships at the top of his list for the rest of the PGA Tour season.

Speaking exclusively to GolfMagic, Schauffele described himself as a "day-to-day" guy, but has put securing his first major title and winning more tournaments at the top of his priorities.

The 27-year-old has won four times on the PGA Tour, but his last win came in 2019 at the Sentry Tournament of Champions. This two-year win drought doesn't reflect on how consistent he is on tour.

WATCH OUR INTERVIEW WITH XANDER SCHAUFFELE BELOW

"Major championships are at the top of my list and winning would be second," said Schauffele.

How much Max Homa and others won at the PGA Tour's Fortinet Championship
PGA Tour: How to hit Phil Mickelson's INCREDIBLE decked driver from the trees

"The Olympics and the Ryder Cup are obviously massive team tournaments and massive tournaments in general. I'm really a day-to-day guy so I don't look too far ahead but of course, all those things are on the top of my list."

The man from California has finished in the top 10 at major championships on six occasions since the PGA Championship in 2017. He came closest to glory in 2019 when he finished one stroke behind Tiger Woods at The Masters.

Schauffele's constant presence in the top 10 of the world rankings is a testament to his quality, he has made 14 out of his last 16 cuts on the PGA Tour but has agonisingly finished second three times in 2021.

He missed the cut at the PGA Championship at Kiawah Island last month, which was the first cut he had missed at a major event for four years, but he still found time to watch Phil Mickelson make history.

"Guilty, I did watch. I normally don't watch golf in my downtime or especially when I miss a cut, I usually try and get as far away from it as possible," Schauffele added.

"But I'm a sucker and I had to turn on the tv for that back nine to watch Phil win. The oldest major winner in history and at the longest course in major history.

"The world might be surprised but I don't think Phil was. There are a lot of big takeaways for me personally, watching Phil do what he has always done and persevered through what people would say is against him."

"His self-belief is astonishing and I think that's why he came out on top."

After turning professional in 2015, Schauffele won the PGA Tour Rookie of the Year award in 2017. This provided a springboard to the World No. 6 re-signing with adidas Golf.

"It's a brand I've been wearing since I was a little child so three stripes have been on my body from a very young age.

"It's really cool for me to live my dream and the thing I love most about the brand is their progressiveness and willingness to push the boundaries that other companies aren't."

Previous
Golf fans react to Robert Garrigus' EXTRA-SMALL putter!
Next
"It's good for the game": Brooks Koepka talks on his feud with Bryson DeChambeau