"It's good for the game": Brooks Koepka talks on his feud with Bryson DeChambeau

Brooks Koepka and Bryson DeChambeau entered into a spat that started from a controversial interview at the PGA Championship. 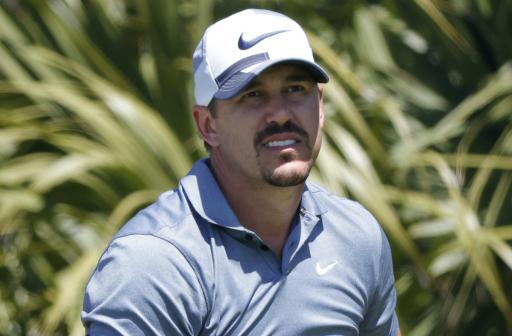 Brooks Koepka believes that his feud with Bryson DeChambeau is "good for the game" and it helps to reach out to the "younger generation."

The feud between the American pair caught fire when Koepka was visibly agitated by something DeChambeau said during an interview at the PGA Championship.

Since then, both players have exchanged words on social media and given their views on the situation, which has brought entertainment to golf fans, players and experts.

"Yeah, I think it's good for the game. I really do. The fact that golf's on pretty much every news outlet for about two weeks pretty consistently, I think that's a good thing," said Koepka.

"I don't want to say that's what this is, but it's reaching out to a whole bunch of people. I think it's good for the game."

DeChambeau recently broke his silence and gave his opinion on the feud as well, saying that he has enjoyed what's been going on and it can benefit his cause in the Player Impact Program.

RELATED: "I LOVE WHAT'S BEEN GOING ON": BRYSON DECHAMBEAU ON FEUD WITH BROOKS KOEPKA

The division has certainly split opinion amongst golf fans and it has provoked people to choose a side. Golf fans left their comments on Koepka's words:

"Game is boring w/o rivalries," one fan said.

"There are much more mature ways to grow the game of golf," one fan commented.

"He is 100% spot on - Obviously being a golf orientated page I see this almost every day, but that means in the reels Instagram is pushing Everyone is seeing this, and it absolutely grows the game!" another fan commented.

"No need to pick sides. I think they both play their part. I think if you actually sat them down in a room together they'd get along just fine," one fan said.