Xander Schauffele: What's in the bag of the Olympic Gold Medallist?

Xander Schauffele shot a 4-under-par 67 in the final round in Japan to win the Olympic gold medal. 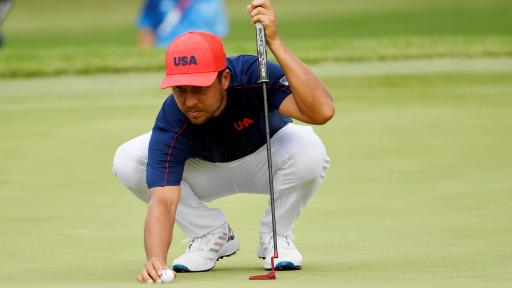 Xander Schauffele has etched his name into the history of the Olympic Games after winning the gold medal at Kasumigaseki Country Club in Saitama.

After making a crucial birdie on the 17th hole to move one shot ahead of Rory Sabbatini, Schauffele made a nerveless up-and-down from 100 yards on the 72nd hole to seal the victory.

It is the World No. 5's first win since the Sentry Tournament of Champions in 2019, but now he is one of very few golfers to be able to say that he now owns an Olympic gold medal.

Duirng the fourth round, Schauffele held a two-shot lead with nine holes to play, but Rory Sabbatini was flying the flag for Slovakia in the final round. The 45-year-old carded an incredible score of 10-under-par to post a clubhouse lead of 17-under-par.

Schauffele bogeyed the 14th hole but made a birdie on the 17th hole. The four-time PGA Tour winner hit a poor drive on the 72nd hole and was forced to chip out into the fairway.

With ice running through his veins, Schauffele sent his ball sailing towards the green and spinning back to three feet for the gold medal at Kasumigaseki Country Club.

Sabbatini settled for the silver medal, while C.T. Pan came out in top in a 7-man playoff for the bronze medal.