After Xander Schauffele and Rory Sabbatini secured the gold and silver medals, a four-hole battle began for the Olympic bronze medal. 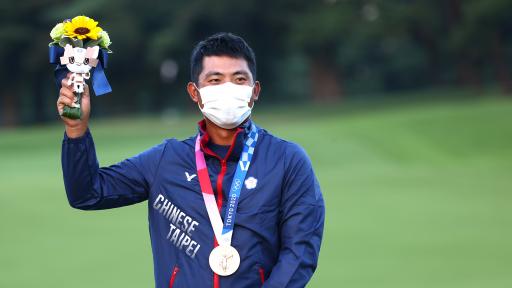 C.T Pan came out on top in a dramatic 7-man playoff at Kasumigaseki Country Club to win the Olympic bronze medal for Chinese Taipei.

Pan was sat in a tie for 58th place out of 60 players after round one, but consecutive rounds of 66, 66 and 63 lifted him to 15-under-par after 72 holes, which was enough to tie for third place.

Unfortunately for Casey and the Masters champion Matsuyama, they failed to make par on the first playoff hole and their hopes of an Olympic medal had ended.

All five players that were left parred the second hole, which was the par-3 10th hole so they moved on to the par-4 11th hole where only Pan and the 2021 Open champion Collin Morikawa survived.

Although McIlroy and Pereira hit great approaches into the green, they couldn't find their birdies, while Munoz could only manage a bogey.

Pan and Morikawa fired superb approaches that were a matter of feet from the pin, and suddenly, it was only the pair left to continue on to the 4th playoff hole which moved on to the scenic 18th hole.

Pan faced a difficult lie with his second shot and the World No. 208 hit his ball left of the green. Morikawa, fresh off his second major win at Royal St. George's, plugged his approach shot into the front bunker, just above the water before the green.

After Morikawa splashed out the sand, he failed to make his lengthy par putt. Pan calmly rolled his ball into the hole for his par to secure the bronze medal of Chinese Taipei.

The 29-year-old joined the American Xander Schauffele and Rory Sabbatini of Slovakia on the podium on Sunday afternoon.