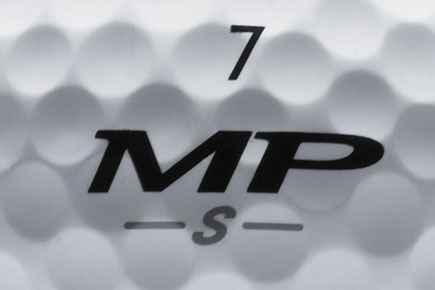 Stops just as quickly as it takes off.

How I wish I’d been living in Japan for the past eight years.

With the heads of my Mizuno JPX-800 Pro irons peering innocently out the bag, you could imagine their state of shock when a sleeve of hot-out-the-lab MP-S slotted neatly into the bottom ball pocket and tickled their grips.

In fact, I overheard my 7-iron assume the role of Oddjob and say ‘I’ve been expecting you, MP-S.’

Mizuno has been producing and perfecting its golf ball technology ever since 2005 and the MP-S marks the third generation of their ball line in which the only previous models were sold to the Japanese market.

Holding back from western shores until construction fully met Tour demand, the MP-S has finally arrived on European shelves.

I’m not sure I’ve played with a more responsive ball around the greens before. Sound and feel off the face was also crisp, every bit likened a Pro V1.

Off the tee, drives were flying high and long and there was minimum deviation in trajectory when striking one off the toe thanks to the 318 large, shallow dimples that kindly aided a desired mid-trajectory and efficient ball flight.

While I wouldn’t say there was a dramatic difference in terms of ball responsiveness with my longer irons, the MP-S worked wonders off the tee and around the dancefloor.

If you will excuse me for getting all techy for one moment, this is down to a highly Resilient Polybutadiene Rubber for a feather-like feel, and highly resilient inner cover with Ionomer Inner for powerfully charged ball speed. Mizuno R&D describe the ball’s cover as highly ‘visco-elastic’, which in layman’s terms, means it’s soft but returns to its original shape quickly.

Although the MP-S offers a distinctive balance of touch and control that will predominantly appeal to skilled players, any golfer dealing with firm, fast conditions will no doubt appreciate its ability to stick to the green.

It was also nice to see my lucky number 7 on the ball, too.

If there is one negative, £50 a dozen is far too steep - but this does tend to be the trend in the ball market right now.

If you can stomach parting with 50 of your hard-earned and are looking for a ball that stops just as quickly as it takes off, look no further than the MP-S this season.

Golf news
"You will never get better if you cheat!": Do you have cheats at your golf club?
Golf news
Golf club bought for £10 million, now being sold for £2 million!
Golf news
Prince Andrew loses his royal patronages: "I didn't know The Queen played golf"
Equipment news
Golfstream unveils new lightweight waterproof golf cart bag
Golf news
Tour pro forced out of Australian PGA after slicing his hand on a stake!