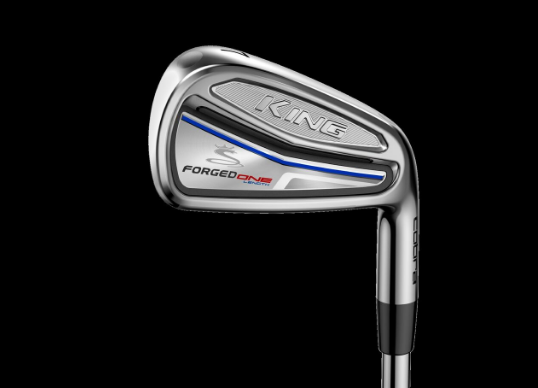 Could this be the start of a golfing revolution? Quite possibly.

Cobra are not the pioneers of the single length set - other brands have tried it, and it’s never truly taken off.

But Cobra has a leading Tour star using the clubs in Bryson DeChambeau, it’s a massive brand able to put big chunks of money into R&D and marketing, and it says the clubs suit all swing types. Those that have failed to popularise the single length approach have never had all these assets in their arsenal.

The KING FORGED ONE LENGTH irons are all the length of a seven iron, allowing players to use the same set-up for every shot. In testing, this improved performance of average golfers. Weighting has also been adjusted to make a consistent feel through the set.

The brand certainly seems to think they’re onto something – and after testing, so do we.

We used a SkyTrak launch monitor to aid our testing.

DeChambeau eyed these wrenches when looking around the Cobra facility, and swapped them straight into this bag.

They have a sleek, premium feel, and the chrome finish gives it a classy aesthetic.

The clubhead is slightly thicker than you would expect for a players iron, which may put some traditionalists off.

Buttery, and smooth. Thanks to a five-stage forging process, Cobra have brought a awesome feeling wrench to market.

Players opting for these clubs will be lower handicappers, or better ball strikers. Most will have played a fair amount of golf in their time, and will be reticent to change to a single length set.

We would say, at least give it a go!

If you have a decent swing, single length irons could offer you better consistency, which means better scores.

It’s strange at first, but we were impressed how quickly we got accustomed to the new set-up. After 30 minutes or so, we were finding the middle of the face consistently, and our gapping and dispersion rates started to get near our usual set.

Better players want precision and control from their wrenches, and these are two of the biggest assets from the single length set.

By using the same swing and tempo on every iron shot, players can in theory hit the centre of the face more frequently, and will feel more confident overt the ball.

Our testing team boasts a variety of swing types - both one plane and two - and all were able to hit the single length irons well.

Up against the standard set of KING FORGED TOUR irons, the single length set's four iron was up to five yards shorter, and the PW had a slightly higher trajectory.  The rest of the set was relatively comparable.

For a players iron, this product offers a heap of forgiveness thanks to heel-toe tungsten weighting. Yes – even scratch players miss sometimes!

And perhaps even more impressively, Cobra has built in a heap of control, allowing players to manipulate ball flight with ease.

Better players will probably be harder to tempt with a single length set, but every player should at least give it a go. It could take your game to the next level.