Features Nike NexCOR face technology - with multi-thickness delivering a more dynamic feel at impact and faster ball speed even from miss-hits. The fairway wood is priced at 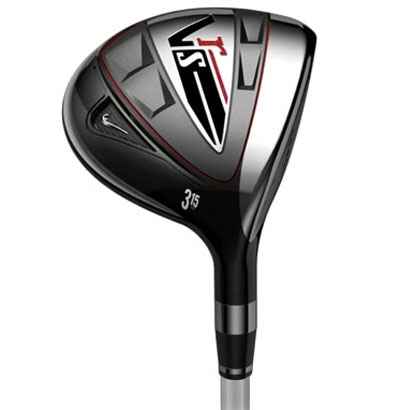 The VR_S sits comfortably behind the ball and yearns to be struck with authority.

I have had this club in my bag for several weeks again after condemning it to the subs bench for a few months, while I tried other contenders for my attention.

Though its head is smaller than some 3-woods I've tried, it sits comfortably behind the ball and yearns to be struck with authority. Unfortunately my game was not in a good place when a sample first came to hand so it was quickly dismissed - somewhat unfairly in retrospect.

However, it made a return for a game at blustery De Vere Wychwood recently and earned me an appreciative nod from former Ryder Cup captain Bernard Gallacher at the 200-yard, downhill par-3 17th.

While he and our playing partners reached for medium irons, I decided even my beloved Cleveland Mashie hybrid, usually my go-to club to avoid embarrassment at longer short holes, was not enough to compete in such eminent company.

So I ripped the silver head cover off the Nike VR_S with a flourish.

It didn't let me down and flew with a towering flight to land 20 feet short of the hole and roll to half that distance. Bernard was as impressed as a legend could be with a 12-handicapper who'd just stuck one inside him with a fairway metal - and the club has been my permanent companion ever since.

Off the deck the ball flight is penetrating, even from my miss-hits off the toe but its firmness off the face is not as forgiving in terms of feel.

The VR_S has earned its place in my bag for a while, thanks to its current celebrity status but if a fairway wood comes along that delivers a better trajectory and a softer feel off the turf - I might be tempted to send it back into the darkness alongside my current less-favoured armoury.