The X2 Hot is long and looks the part but it 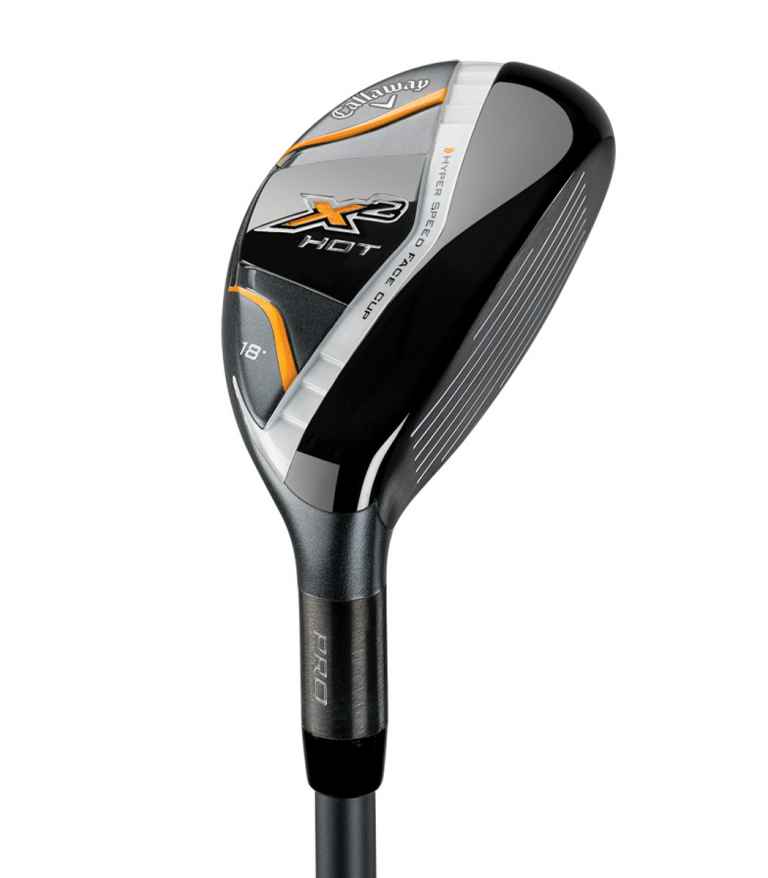 With less pinching at the toe and the heel, less offset and more scroll lines on the face, the X2 Hot has a much more iron-like look than last year’s standard X Hot hybrid.

Good alignment with the brand's chevron logo in the middle and that's something you don't get on the X2 Hot Pro version. It sits neutral and has a clean, minimalist crown. While we enjoyed the appearance, higher handicappers may want to see a little more offset.

Hot off the face, as the name suggests, accompanies a nice high pitched sound when hit out the centre. The ball doesn't feel as though it pops up off the face quite as quickly as other hybrids on the market in 2014.

The X2 hot is easy to work. We found there was a bit of a draw bias to this hybrid, and therefore it’s not always the easiest to hit down the line.

There’s a solid turf interaction on offer from a variety of lies as the clubhead glides through the turf nicely.

Despite the large sweetspot, it isn’t the most forgiving hybrid we’ve hit. It has a boring ball flight, so it's great in the wind, and it posts impressive numbers in terms of distance.

The X2 Hot is long and looks the part but it’s not the most forgiving and it’s a struggle to get airborne.