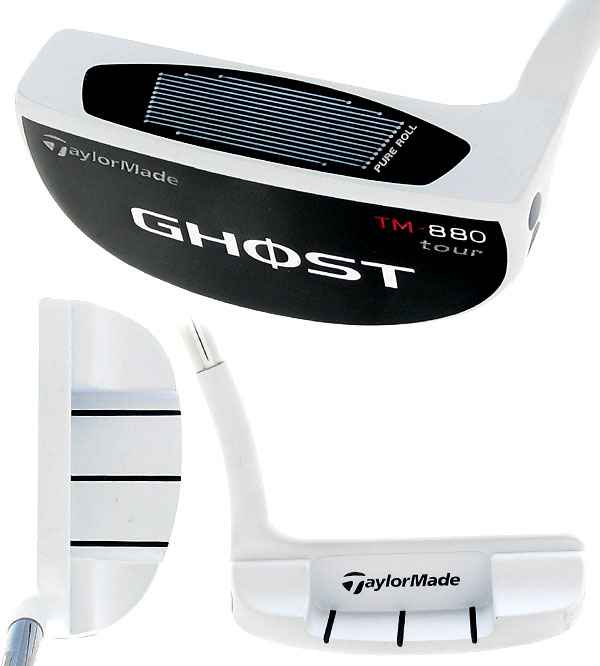 This Ferrari of putters is probably as good as it gets

I'm looking forward to meeting former US Ryder Cup captain Dave Stockton on Tuesday (May 24) at Wentworth and discovering his thoughts behind his design of the TaylorMade Ghost (Maranello) TM-880 Tour putter I've been using for the last few weeks.

I knew little about Stockton before he joined the US Champions Tour other than he'd won two US PGA majors in 1970 and 1976 and eight other titles. But he came to my attention when I noticed how uncannily accurate he was with his putting among the over 50s. He didn't have a classic style but boy could he hole putts!

He has subsequently led the US as captain to that dramatic win at Kiawah Island in 1991 and is now rated among the world's best putting coaches.

Stockton, whom I remember opened the Hanbury Manor course in the early 1990s with an exhibition match alongside Tony Jacklin, will be much in demand by players at the European Tour's flagship event and I'm privileged to be invited to listen in to one of his celebrated clinics.

The TM-880 is one of three new white Ghost putters that TaylorMade has introduced this year - the TM-110 (blade) and TM-77 (small mallet) are the others - but I felt this model was more suited to my eye as I'm naturally left-handed (though play golf right-handed) and the weight in the head appealed to my dominant left-hand grip and 'backhanded' through swing.

And so it proved on the course.

Call me a poseur if you like but I'm attracted to the distinctive white colour of the Ghost putter range and the contrasting black sight lines which are even more prominent on the TM-110 which Raphael Jacquelin and Rory Sabbatini used successfully in winning the recent Sicilian Open and Honda Classic respectively.

I like, too, the forgiving feel on the premium golf balls I prefer to use. It's slightly less than the firm click of the original Corza Ghost model but still a gave me positive feedback through the fingers and palms.

Micro-weight ports in the heel of the putter are inserted to adjust swingweight for custom lengths but even though my preference would be for a 33-inch shaft because of my height and putting style, the 35-inch version was still more than adequate.

As a consequence I had to stand a little taller at address and drop my hands a little lower on the tactile, stock black, white and grey Wynn grip.

In his input to the design Stockton was also aware that an all-white putter would quickly tend to mark up so the black sole was a real plus to help keep signs of dirt to a minimum and the wipe-clean putter cover with its magnetic closure helped keep the whole package pristine.

Easy to aim along the preferred target line, with a soft feel whatever firmness of ball cover. With the weights in the heel the Ghost Maranello is ideal for UK and Ireland's slower greens. If you prefer mallet heads, this Ferrari of putters is probably as good as it gets.