Lethal from close to the cup and the superb feel on offer from distance means control is a doddle. 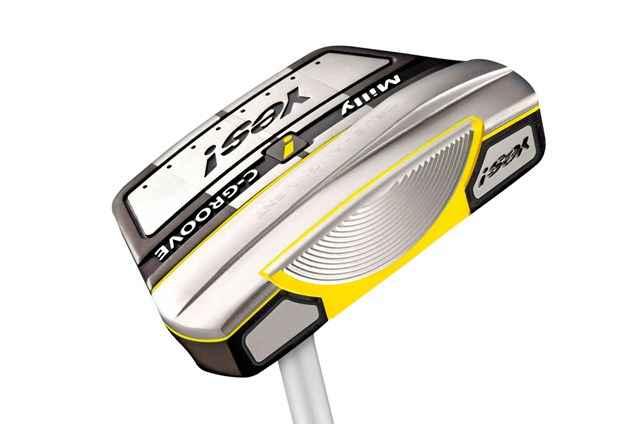 LIKE a blood-sucking leech, the appearance of the Yes! Milly will grow on you. At first glance, it may look a bit garish - but in regards to alignment that's the point.

The high contrast optic yellow and black is designed to highlight the path of the putter which should help players line up their putts and send more balls into the cup.

When I first pulled off the yellow head cover (there’s a theme here) I almost recoiled in horror at the sight before me but after using it for a couple of days I hadn’t just become accustomed to it, I came to like it.

It doesn’t fly under the radar, that’s for sure, and it will turn a few heads when you take it out on the practice green but apart fro the colour it's generally a shape we are all accustomed to look down upon. The sole has a more futuristic-feel which suggests Yes! are at the cutting edge of putter technology at the moment.

While I was dubious about the alignment bump on the sole of the club, which Yes! said forced the putter to sit squarely, I was surprised to find it actually helps and the club sat nicely even when I intentionally held the putter in strange positions.

The most impressive aspect of this putter for me is the stability through impact and its pendulum-like characteristic.

A light polymer insert and heavy steel perimeter, including tungsten weights in the heel and toe, create a high moment of inertia which put simply means the club comes through square.

From 10 feet and in I was always close to the hole and I felt supremely confident that if I missed it was due to a poor read rather than setting the ball off on the wrong line.

From distance, I also tasted success due to the famous C-Groove technology which Yes! champions. A new Floating face with C-Groove 4.0 improves dwell time and the feel it produces is top-notch.

I felt that I had great control from distance and was able to get the ball rolling straight off the face. Importantly, I felt confident that I could get the ball as far as I wanted and on down-hill fast putts I was able to maintain control.

Furthermore, pro-blade users often attack mallets and say the over-sized head takes away feel and control. While there is undoubtedly  less on offer due to the club’s perimeter weighting, I was able to manipulate the head with ease and didn't feel like the club was getting away from me at any point.

Another market-leading flat stick from a brand which is making serious waves in the putter world.

Lethal from close to the cup and the superb feel on offer from distance means control is a doddle.

Head to the Yes! website to browse more of the range