What do we think of Dunlop's new driver? 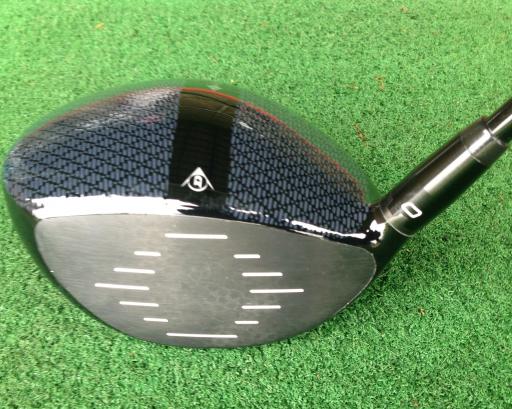 A middle-of-the range driver is a hard thing to get right. People want it to be long, forgiving and attractive but they are not willing to shell out for the privilege.

The first thing all golfers notice about a club when they first pick it up is appearance and the new Dunlop DP1 driver doesn't let you down. It oozes class and you wouldn't feel out of place handing over £300+ for it based on the image.

When you look down upon the DP1 Tour, the Aeroskin technology, designed to reduce drag, is hard to miss with its snake-skin, glossy look. As you rotate the club, it maintains a chic black finish on the sole and simple branding that will not offend users.

The only thing that slightly lets this driver down in the appearance stakes is the head cover which has a drab design and look - the polar opposite to the driver.

The DP1 Tour has a classic head shape which filled me with confidence as soon as I stood over the ball. For the lower handicap players it may be a bit whippy, but for the mid-to-high handicappers this will work in their favour as it will increase clubhead speed.

The best aspect of the driver is feel. As I was hitting the Tour version, I did expect the feel to be decent but I was shocked by what I found. It has a soft, buttery feel which provides great feedback to the user. It’s one of those drivers which you look forward to hitting.

It might be soft off the face, however, but that doesn't detract it in the distance stakes. It's not the longest driver I've struck this season but it was certainly no worse than my current average of 250 yards. While it can’t keep up with a TaylorMade SLDR or Callaway Big Bertha Alpha, it measured up admirably against top-of-the-range clubs and is one of the longest in its price category.

When hit out of the middle, I was able to work the ball both ways and also adjust my ball flight. It’s not overly forgiving which is to be expected as it is the Tour version, and the standard version will undoubtedly offer more room for error.

For those of you on a tight budget or who don't think their swing is not worth an elite driver, this may be the answer.

The DP1 Tour offers superb value for money. It provides decent distance and workability but its feel is what makes it stand out from the competition.