What do we make of the new game improvement iron from Srixon? 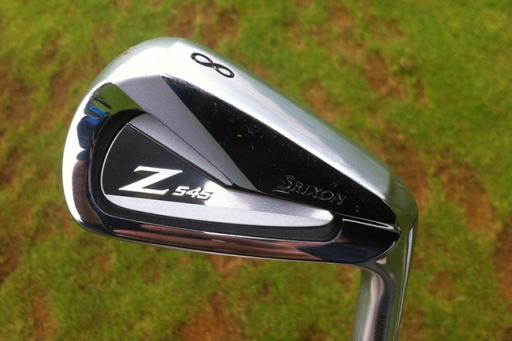 SRIXON afforded Golfmagic the luxury of testing its new, much-anticipated Z 545 irons at The Grove recently and we came away waxing lyrical about these new game improvement sticks.

So often irons for the higher handicap player are monstrously ugly but the company has managed to produce an attractive club that will allow players an easy transition towards better-player irons, if that is the way they want to go.

Keeping the colour scheme to grey, black and silver means it has an underwhelming aesthetic and the angular lines on the back of the club give it a slightly futuristic feel – you can see that a lot of thought went into the look of this wrench, which we appreciate. Just because you’re not a scratch golfer, doesn’t mean you want to be looking down at a hunk of metal.

When hitting the 545 the first thing I noticed was that this iron offers a superb feel. The forged carbon steel head produces a buttery-smooth feel which you will really enjoy – it makes hitting the ball a pleasure. They glide through the turf effortlessly thanks to the new Tour VT Sole which increases the leading bounce and decreases the trailing bounce, which is supposed to tighten shot dispersion. While it didn’t hugely impact out consistency, it did improve the crisp feel at impact.

American Golf: The BEST discounted golf products of the week
The BEST wedges from American Golf for this Autumn

Srixon Z 545 irons are mid-to-high launching which will help players get the ball in the air, which in turn will increase distance. If you have a naturally high ball flight then you may struggle to keep it down but on the whole the trajectory should appeal.

As you would expect, these irons have a large sweet spot which means you really have to hack one to get a poor result. Whether you hit it thin, fat, on the toe or heel, the Srixon Z 545 will give you a load of help and is one of the most forgiving irons on the market today.

Long irons are notoriously difficult to hit from the middle of the bat so Srixon have implemented a tungsten weight into the 3-6 irons to give a little assistance.

In terms of distance, it’s one of the longer game improvement irons which is an impressive feat considering the amount of forgiveness on offer. Normally, an increase in forgiveness means distance suffers, but the boffins in the Srixon design team have managed to combine the two attributes.

The short irons offer distance control and you can put a decent amount of spin on the ball thanks to the Double Laser Milled Face, which places two different milling patterns on the club face. You can’t get massive amounts of spin or workability from them unlike the 745, but high handicappers aren't probably looking for that anyway.

Importantly, the Z 545 iron has a nicely distributed weight to it which promotes a smooth swing. The True Temper Dynamic Gold shaft works well and the range of shaft options means there will be something for everyone.

Srixon has produced a superb game improvement iron in its Z 545. Perfect for the entry level or occasional player, there is a heap of forgiveness on offer with distance thrown in as well.

These game improvement bats are beautiful to look at, particularly when compared to some other high handicap wrenches out there today. They have a naturally high launch which will suit players who struggle to consistently get the ball airborne or are losing distance due to a low ball flight.

Perhaps the most surprising feature is the soft feel on offer which you would readily associate with a better-player iron. Thanks to the soft carbon steel forged head, players will love hitting these irons.