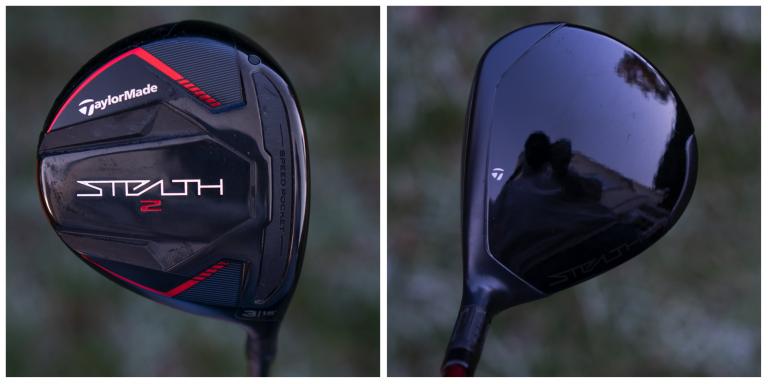 Stealth 2 Plus: - Incredible adjustability with various ball flights to choose from - Improved feel in the sweet spot - Compact Tour shaping Stealth 2: - Improved feel and improved forgiveness Stealth 2 HD: - Most forgiving TaylorMade fairway wood - Will suit a lot of golfers with the 200cc head - Feels great as a game improvement club
Stealth 2 Plus: - Very expensive - Slideable weight will no doubt get muddy over time Stealth 2: - Very small improvements to the previous Stealth Model - Carbon crown gloss will not be suited to everyone Stealth 2 HD: - Very clearly targeting certain golfers, so it doesn't suit everyone - Won't be versatile across different playing conditions
Our score:
Overall:
5
PRICE: £379.00 YEAR: from 2023

TaylorMade has introduced the all-new Stealth 2 fairway wood and rescue family, continuing to use moveable weight technologies and versatile designs.

The Stealth 2 Plus (£379) is the company's flagship fairway model of 2023. This features a heavy 50g sliding weight on the sole and it allows for three main settings with their performance characteristics.

The Stealth 2 (£299) fairway builds on the success of the original Stealth fairway wood which was among the most used on the PGA Tour in 2022.

The Stealth 2 HD (£299) is a unique addition to the TaylorMade fairway family. It is engineered to maximise forgiveness and deliver easy playability for golfers at every level.

Every Stealth 2 fairway wood and rescue is made with Advanced Inverted Cone Technology, an intelligent design that optimises the face thickness profile of each club type to ensure peak performance regardless of face size, shape and material.

Take a look below at our ultimate TaylorMade Stealth 2 fairway wood review on YouTube and leave your comments and questions below the video in the comments section.

What are the TaylorMade Stealth 2 fairway woods about?

The Stealth 2 Plus features a heavy 50g sliding weight on the sole with three settings. The middle setting is the most versatile for optimal playability off the deck and the tee.

Players can manipulate the weight to fit their swing or desired launch conditions. Shifting it to the front reduces spin and creates a piercing trajectory for added distance off the tee.

Positioning the weight back is the most forgiving setting. It adds spin and increases MOI for enhanced performance on off-centre strikes. The combination of the sliding weight along with the FCT Loft Sleeve gives the Stealth 2 Plus a massive spin and loft range.

The Stealth 2 fairway features a slightly lower profile 3D carbon crown that pushes the centre of gravity down and pulls mass away from the high toe area, allowing more weight to be moved rearward for optimal forgiveness and maximum playability.

The Stealth 2 HD fairway is a radical departure from the traditional TaylorMade designs. It features an ultra-high MOI construction with an oversized 200cc head.

A larger, low-profile sole helps the club hug the ground at address and makes it easier to achieve a high launch. The Stealth 2 HD has the highest MOI of any TaylorMade fairway wood and expands the limits of forgiveness in terms of off-the-deck playability.

The Stealth 2 Plus can be suited to anyone because it is such a versatile club. The low spin can still be quite low though, so we wouldn't recommend it to golfers with slow swing speeds.

The Stealth 2 also has a very broad handicap range which is a positive point with this new Stealth 2 family. It is a forgiving fairway wood that can even be used in fairway bunkers and the rough, so we wouldn't pinpoint a particular standard of player for this club.

The Stealth 2 HD certainly targets golfers who want to eliminate the right miss. It is a confidence-building club that should be used by players with slower swings and high handicaps.

We began our testing with the TaylorMade Stealth 2 Plus fairway wood with the weight at the front. We found good strikes and solid connections from off-centre hits which is a key point for potential buyers.

We launched shots with this club very high at an average of 16.1 degrees in launch angle. We averaged 277 yards in average ball speed and 288 yards in overall distance.

With the weight moved further back to the middle and with a repositioned centre of gravity, we found it easier to find the fairway. This setting achieved much more spin at 4118 rpm and less in average yardage at 274 yards.

Despite changing the weight, the launch angles were fairly similar and the ball speeds were almost identical. Although the weight in the middle produced less distance, it was far more forgiving.

We moved the weight to the very back of the club in the last part of our testing of the Stealth 2 Plus. We found that the launch angle, ball speed and backspin were similar to the setting with the weight in the middle of the head.

We preferred the feel and the connection from the TaylorMade Stealth 2 Plus with the weight in the very back of the club. We enjoyed good consistency and ball-striking in this setting.

The Stealth 2 hasn't got an adjustable weight or an adjustable shaft. In terms of feel, it felt very similar to the Stealth 2 Plus. We averaged 288 yards in distance and 167.9 mph in ball speed. The launch angle was significantly lower at a mark of 13.6 degrees too.

Our dispersion didn't perform as well as the Stealth 2 Plus fairway with the weight in the back of the club, and we found it to be less forgiving than this alternative model too.

The Stealth 2 HD, which stands for high draw, has a 200cc head. This is made for a player who is avoiding the miss to the right and who wants a draw to counteract this.

It is a confidence-building club that helps you get the ball in the air. This club would suit players with slower swing speeds with its high MOI. The look down at address should also build your confidence.

In terms of the key improvements in the TaylorMade Stealth 2 fairway wood family, we were most fond of the Stealth 2 Plus. The 50g weight adds that extra feature of adjustability which will benefit a lot of golfers.

This moveable weight helps you to hit a variety of shots and makes for a versatile club. We were impressed with the weight in the back because it produced a high launch, a compact look and good forgiveness.

The Stealth 2 is a solid fairway wood. The feel is slightly better than the older Stealth model, but we didn't recognise any significant improvements with this club.

The Stealth 2 HD is an ultra-forgiving, high MOI model that doesn't spin too much or launch too high. It has a draw bias that will appeal to a lot of golfers. You shouldn't be put off by the closed-face design.