Alex from GolfMagic reviewed the new TaylorMade Stealth irons at Kings Golf Studio and assessed their performance as beginner's irons. 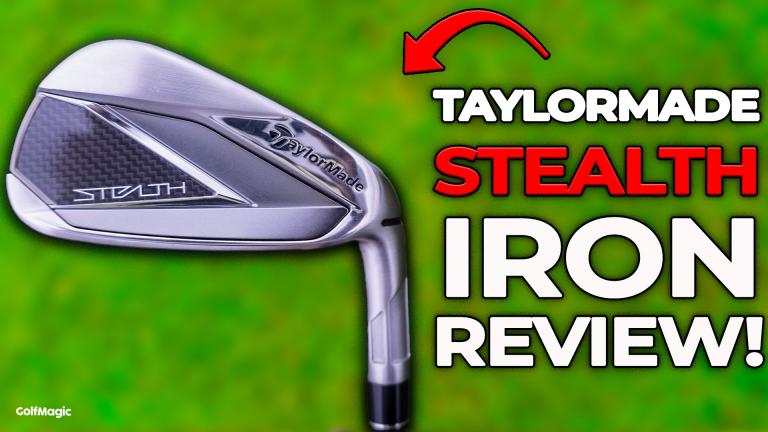 The new TaylorMade Stealth family is one of the most exciting releases in the company's history and the Stealth irons are an integral part of this.

This is arguably one of the best beginner's iron sets of the year. They are forgiving and remain consistent with off-centre hits.

The technology in the Stealth irons is similar to previous iterations such as the SIMs, but the design is arguably more pleasing in 2022.

The TaylorMade Stealth irons are aesthetically attractive. They have a large sole and a thick top line to instil confidence at address.

The design is arguably minimalistic but the colourway is a sleek black and grey. The cap back design is a revolutionary step forwards for TaylorMade.

This technology was used in the SIM2 irons but it has been refined for the Stealth irons. They have also focused on toe weighting which optimises the CG and MOI.

At address, the look of the TaylorMade Stealth irons is similar to the SIM2 irons. In terms of the numbers produced on trackman, Alex was surprised at the increased spin rate from the Stealth irons.

Although TaylorMade are usually distance-based in design, Stealth irons are more focused on forgiveness and consistency which makes them ideal for beginners.

The sweet spot has been made as large as possible, so TaylorMade have not pushed the distance factor as much with the Stealth irons.

Dispersion is crucial with a beginner's set and Alex showed that the Stealth irons deliver in this department. At £854.00, this set is also competitively priced as well.