Alex from GolfMagic assessed the performance of the Callaway Rogue ST Pro irons out on the golf course and on the simulator at Silvermere Golf Club. 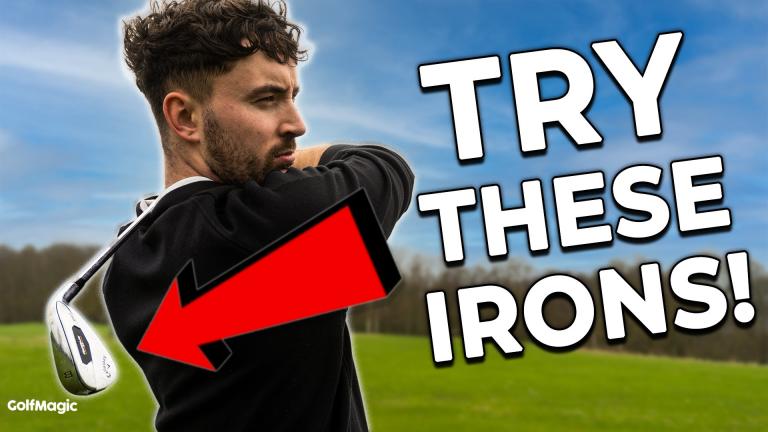 - The Callaway Rogue ST Pro irons are forgiving, produce great distances and impressive, high ball flights.
- At £949, this may be too expensive for some golfers.
Our score:
Overall:
5
PRICE: £949.00 YEAR: from 2022

The Callaway Rogue ST Pro irons are extremely impressive and they have been manufactured to be one of the best players' irons in 2022.

The design is very sleek and they are a very elegant set of clubs. They have a simple design but they are packed with an abundance of technology.

They come with an A.I designed Flash Face for increased ball speeds and the tungsten weighting in the back of the club helps to maximise forgiveness.

WATCH OUR CALLAWAY IRON REVIEW BELOW

These features also make the clubface very consistent. The irons look like a blade but when you hold them at address, they look slightly thicker than a classic blade.

These irons are a huge improvement from previous models and they are likely to suit mid-to-low handicappers with the distances that they offer.

The 6-iron is 26.5 degrees which isn't particularly strong, but as you can see by Alex's results at Silvermere Golf Club, he hit shots of 211 yards with a high ball flight.

The descent angle was also very impressive. Some of the flights reached an apex of 105 feet, so despite these irons being players' irons focused on distance, this doesn't necessarily mean they produce low ball flights.

The Rogue ST Pro irons are competitively priced as well. At £949, they rival a lot of their competitors in terms of value, performance and general price.

Alex discovers out in the tough conditions that these are very workable irons which proves a fantastic combination with high forgiveness.

NEXT PAGE: VICE GOLF MIGHT HAVE THE BEST GOLF GLOVES IN THE GAME...