"Henrik’s renowned wit and sense of fun will benefit our team room immensely. It will also be helpful to have the cool head of the ‘Ice Man’ around should any stressful situation emerge" 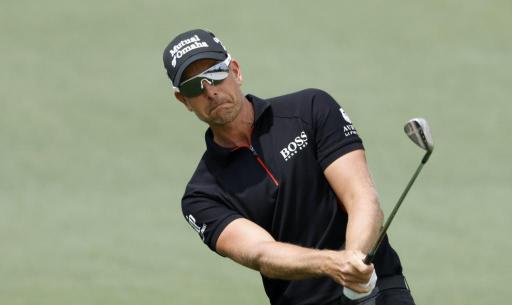 There was only one small matter to wrap up for Padraig Harrington, the European captain for the forthcoming Ryder Cup.

And that was the fifth and final vice-captain to join Luke Donald, Robert Karlsson, Graeme McDowell and Martin Kaymer.

It was announced this morning that Henrik Stenson, who played in five Ryder Cups and was on the winning side on three occasions, will join the team as a vice-captain.

2016 Open champion Stenson, 45, has secured 11 points for Europe from 19 matches in previous showdowns, including a 100 per cent record at Le Golf National in Paris in 2018.

The highlight of that included a memorable thrashing of Bubba Watson.

Stenson is no stranger to the tension that fills the Ryder Cup weekend as he secured the winning point for Ian Woosnam's Europe at the K Club in Ireland in 2006.

The big-hitting Swede desperately wanted to play his way onto the side, but despite an improvement in form over the last few events on the European Tour it just wasn't enough.

Shane Lowry was selected as the captain's pick alongside Ian Poulter and Sergio Garcia.

Your wife vs. Your 3-wood

Which would @henrikstenson choose if he could only have one?? pic.twitter.com/6zFGWishcT

RELATED: WHY THERE IS SO MUCH PRESSURE ON IAN POULTER

In a statement released to the media, Stenson said: "It’s a great honour to get the call and to be involved with Team Europe. I’ve been part of five Ryder Cup teams in the past and to be given the opportunity as a vice captain to help Europe’s quest to retain the Ryder Cup is exciting.

"Pádraig called me on Monday morning and it was not a long conversation. I accepted straight away and I assured him that myself, along with the other cice captains, are there to help and assist him and the team in any way we can.

"We have a very strong team. It’s a mix of huge experience along with three guys who will take on their first Ryder Cup – and that’s a great combination. We have strength in depth so I’m looking forward to getting out there and seeing the boys perform.

"It’s no secret that winning on away soil is always a little bit harder, but the boys are ready for that challenge. It’s all going to come down to how well we play during the week but I have every faith in our team."

Padraig Harrington added: "Everyone is aware that the Ryder Cup can be a tense week at times too so Henrik’s renowned wit and sense of fun will benefit our team room immensely. It will also be helpful to have the cool head of the ‘Ice Man’ around should any stressful situation emerge."