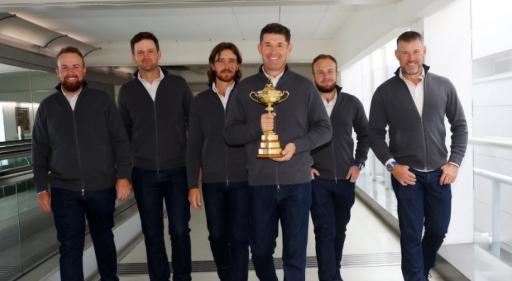 We all know Team Europe will be up against it to retain the Ryder Cup at Whistling Straits this week, but it's fair to say European golf fans will be hoping their performance is at least brighter than their choice of outfits at Heathrow airport on Monday.

RELATED: WHAT OUTFITS ARE TEAM EUROPE WEARING AT THE RYDER CUP?

Check out some of the best responses below:

Some personal news: Super proud of my dad for getting the job as Team Europe’s stylist. https://t.co/zOdAaEqU8Q

You will need more than 5 players to win

That is some bang average fleece game

Tommy have a ruck Saturday night ?

Let’s hope the golf is better than those outfits, deary me.

NEXT PAGE: TIGER WOODS TO GIVE MOTIVATIONAL RYDER CUP SPEECH FOR TEAM USA