Tiger Woods may even turn up to show his support at the Ryder Cup this week! 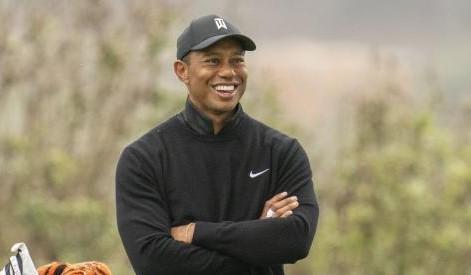 Tiger Woods is expected to provide a motivational speech for Steve Stricker's United States Ryder Cup team at Whistling Straits this week, according to an article in The Telegraph.

Woods has even told Stricker that he has not yet given up hope of making an appearance at Whistling Straits.

The former World No.1 is currently recovering from leg injuries sustained during his horror car crash in Los Angeles back in February.

But Stricker, who is good friends with Woods, believes the 15-time major champion's presence either via video link or in person will be key to helping USA wrestle the Ryder Cup back off Europe in Wisconsin.

"He is still part of this Ryder Cup family," said Stricker.

"I've talked to him a lot. He is very passionate about the Ryder Cup and a great guy to talk to, and lean on.

"He continues to be part of this, even if he can't be there in person. He will be with us in spirit and help us from afar."

Stricker added: "The guys really respect him, and he did a great job obviously as captain [at the 2019 Presidents Cup], but he was an assistant captain in the 2016 Ryder Cup and of mine in the 2017 Presidents Cup - he was unbelievable.

"He would do anything for you, and he's totally, totally vested in the situaton and the process.

"That shows his level of commitment to me and the team."