Mickelson and Couples have said they are 'honoured and humbled' with their positions, but where does this leave Tiger? 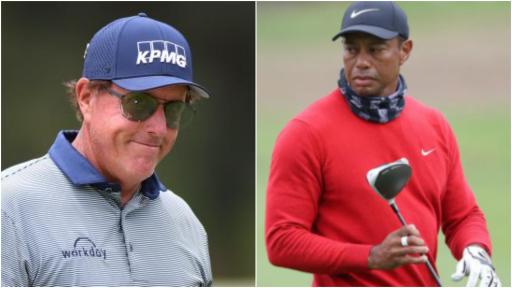 It's official, Lefty will be at the Ryder Cup in Whistling Straits and he will team up with Fred 'Boom Boom' Couples as a vice-captain.

Phil Mickelson will be without his clubs for his record 13th consecutive Ryder Cup but Tiger Woods will have to sit this one out.

The big cat is still recuperating from a leg injury he sustained in a single-vehicle crash after allegedly speeding.

Team USA captain Steve Stricker has always maintained he wanted Woods involved in some form or another.

RELATED: OUR PREDICTIONS FOR STRICKER'S PICKS

In recent months he has stated he has kept in contact over Zoom calls and suggested as time has gone by he has gotten in better shape.

Stricker was quoted by Golfweek as saying Woods wants to be there but he "just isn't able to at this time".

I’m humbled and honored to be a part of this years Ryder Cup as an assistant captain. Thank you Captain Stricker for including me and I hope to help in any way possible. GoUSA

FedExCup leader Patrick Cantlay let slip last week when he won the BMW Championship that Couples was part of the group.

Couples and Mickelson have a combined 17 appearances at the Ryder Cup.

Known for his swing that has barely changed over decades, Couples has won 15 PGA Tour titles including the 1992 Masters.

Woods has been pictured bearing weight on his leg, which is a positive sign for his rehab.

Jack Nicklaus was recently quoted saying he definitely thinks he will make a comeback considering his efforts when he won at Torrey Pines with a broken back.