Shane Lowry has spoken to Paddy Power about his incredible Ryder Cup debut in which Europe were beaten by a record score of 19-9. 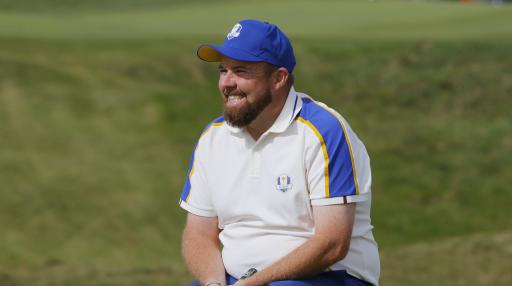 Shane Lowry described the American fans and the hostile Ryder Cup atmosphere as "annoying" and "frustrating", but he loved every minute of it at Whistling Straits.

Lowry was one of captain Padraig Harrington's three picks for the tournament, but there were murmurs that Justin Rose should have been chosen instead.

But it was the American celebrations and crowd noise that proved to be hard to overcome for Lowry, and he has admitted that this was a key factor in Europe's embarrassing defeat.

RELATED: RYDER CUP: WOULD TEAM EUROPE BE BETTER OFF WITH 12 CAPTAIN'S PICKS IN ROME?!

"They used the crowd to their advantage last week and it obviously worked for them. It was hard to play golf in that atmosphere," said Lowry, speaking to Paddy Power.

"You just hear cheers and you just think ‘oh that’s another hole lost’ but it is what it is.

"I was thinking ‘this is a bit mad, it’s pretty cool’ as you’re being booed all over the shop, but as the week goes on, it does get pretty annoying especially when you’re getting beat. It’s quite a frustrating situation to be in, but I loved every minute of it."

The 34-year-old, who thrived off the home crowd when he won The Open Championship at Royal Portrush, made his event debut against arguably the best USA side of all time.

Although he was up against another rookie in Patrick Cantlay in the Sunday singles, he won four times on the PGA Tour this year and he became the FedEx Cup champion too.

This summarises the strength in depth available to Steve Stricker, but Lowry felt that occasionally when the US side played up to the crowd, it crossed the line.

"Patrick Cantlay riling up the crowd on the 8th hole whilst I was lining up my putt annoyed me quite a lot," added Lowry.

"I didn’t feel that it was good from him, but it is what it is! In Rome, we’ll hopefully win and win in a different style, that’s how I’m looking at it.

"It’s memories that I'll have. I think Bethpage Black in four years' time will be 100 times worse than last week."

As ever with the Ryder Cup, the losing team and the losing captain are always open to criticism and an inquest begins into their decisions throughout the week.

The bottom line is: the American players were far too strong. As Lee Westwood said, they holed more putts and played better golf and that is that.

Lowry has been quick to defend captain Harrington for his leadership and after he spoke to a number of Team Europe's most experienced players, it appears the three-time major champion gave it his best shot.

"I think he’s been a great captain. I went to the likes of Sergio, Poults and some of the caddies and I asked them how Paddy did this week as they’ve played in a lot of Ryder Cups and they all said he was a great captain.

"The caddies said he was the first captain that made them really feel a part of the team. Nobody knows what goes on behind the scenes and how hard it is to go over to America and play against the best players in the world on their home soil to try and beat them.

"In my opinion, he’s one of the greatest European players ever to play the game and that won’t change."