How the US Ryder Cup team could look with Saudi golf rebels now OUT!

US Ryder Cup captain Zach Johnson has spoken - so how might his side look ahead of their biennial clash with Europe in 2023? 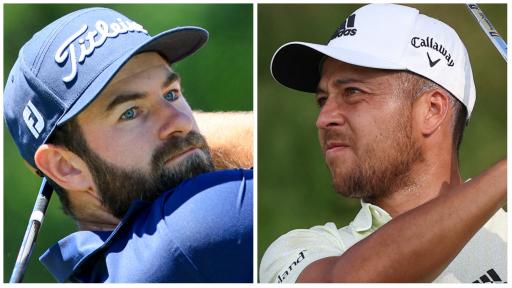 United States Ryder Cup captain Zach Johnson has this week confirmed players in his 2023 Ryder Cup team will need to be PGA Tour members, meaning a number of star names such as Saudi golf rebels Dustin Johnson and Patrick Reed will miss out on the biennial clash against Europe in Rome in September 2023.

All US players based on the PGA Tour have the opportunity to earn points to make Johnson's side, with counting events running through until the second FedEx Cup Playoffs event at the BMW Championship in August 2023.

Six players will make the team automatically, with Johnson then naming six picks after the 2023 Tour Championship.

World No.1 Scottie Scheffler, as you might expect having won four times already this season, is miles out in front in the top spot. He is currently joined by Will Zalatoris, Justin Thomas, Collin Morikawa, Kevin Kisner and Dustin Johnson in the automatic positions.

However, with Dustin Johnson now having binned his PGA Tour membership, this means he is out the running for the side. The next spot would therefore go to Keegan Bradley in the list, as it stands.

But there are 15 months to go until the 2023 Ryder Cup so much will change.

Johnson outlined his currrent thoughts on the team and what will be expected of his players in order to punch their ticket to Marco Simone Golf and Country Club in Guidonia Montecelio near Rome from September 30, 2023.

"What I know is this: In order to play on the Ryder Cup team whether you're top six or a pick, you must garner Ryder Cup points through the PGA of America," said US Ryder Cup captain Zach Johnson ahead of this week's John Deere Classic on the PGA Tour.

Although the likes of Bryson DeChambeau and Brooks Koepka have joined the LIV Golf movement, they have not yet resigned their PGA Tour memberships, so there could still be some light at the end of the tunnel for them where the Ryder Cup is concerned.

If they are ruled out then it means the US Ryder Cup side - who ran out record winners against Europe last time at Whistling Straits - will be without DeChambeau, Koepka, Reed and Johnson - four huge names who have performed admirably for the stars and stripes in recent renewals of sport's greatest team competition.

Phil Mickelson was never likely to have made the team, but he now may have cost himself the chance of ever one day becoming US Ryder Cup captain.

Other US players to break away from the PGA Tour to LIV Golf include Kevin Na and Talor Gooch, who would have been outside shots at best to make the 2023 US Ryder Cup side.

But with more American names being linked with a move to the Saudi-funded LIV Golf Invitational Series seemingly by the second, Johnson's US team could be whittled down even more over the coming months.

Then again, Henrik Stenson's Europe side will face a similar issue, especially with the likes of Sergio Garcia, Ian Poulter, Lee Westwood, Bernd Wiesberger and many others competing on the LIV Golf Tour.

Even captain Stenson himself has been linked with a move to play on Greg Norman's controversial circuit, which really would throw everything up in the air. Stenson is said to still be keen on a move to LIV Golf.

Ryder Cup Europe points have yet to even begin, no doubt with Keith Pelley and tournament organisers still discussing how best to go about business in light of the LIV Golf movement.

Anyway, focusing on Team USA for the time being and realising much can change over the next 15 months, this is my early prediction for how the 2023 US Ryder Cup side will look in Rome: