Zach Johnson revealed that in order to qualify for the US Ryder Cup side in 2023, players must gain points through the PGA of America. 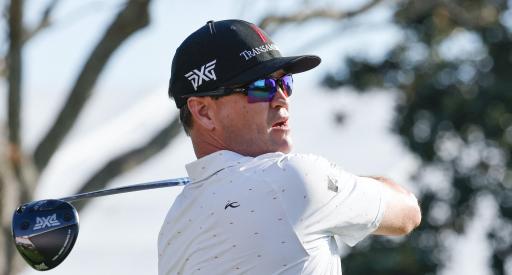 US Ryder Cup captain Zach Johnson effectively confirmed that the American LIV Golf rebels won't be able to qualify for the event in 2023.

Johnson spoke to the press at the John Deere Classic on Tuesday where he confirmed that players must earn points through the PGA of America in order to be on his team in Rome next year.

Related: How the 2023 US Ryder Cup side could look now the Saudi golf rebels are out the running!

The likes of Dustin Johnson, Brooks Koepka and Bryson DeChambeau all represented the US Ryder Cup side in 2021 at Whistling Straits, but they are all set to be suspended by the PGA Tour.

There are no concrete sanctions on the LIV Golf rebels with regards to the Ryder Cup yet, but Johnson alluded to what is required to qualify for the team.

"What I know is this: In order to play on the Ryder Cup team whether you're top six or a pick, you must garner Ryder Cup points through the PGA of America," said the two-time major champion.

Related: How to live stream the John Deere Classic on the PGA Tour for free

"First and foremost, I mean I got some friends that have decided to go that route. A lot of individuals that I'm for. I mean these are my friends. I'm for them. I want them to do well.

"I want them to find contentment or happiness in whatever it may be. It's not for me to say how that develops or how they find that. I will say I have the utmost respect for them individually. I would hope, and I'm not concerned about this, that they would have the respect for me and who I stand for and what I stand for.

"I don't think it's very secretive or outlandish in saying that I'm for the PGA Tour. I'm for the individuals that paved the way for me in this great tour, this platform in order to entertain, compete and I would say utilize for the betterment of others, not just my family. I'm for that."

Johnson has won 12 times on the PGA Tour and competed in five Ryder Cups, only winning once in 2016 at Hazeltine National.

Many European players such as Lee Westwood, Sergio Garcia and Ian Poulter have cast a cloud over their bids to one day captain the European Ryder Cup side, while current captain Henrik Stenson has also been linked with a move to LIV Golf.