Steve Stricker and Tiger Woods used to be playing partners at the Ryder Cup, so could they team up again this year? 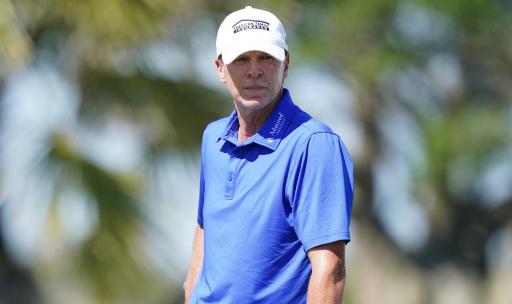 Steve Stricker has said that Tiger Woods is "all in" to help the US Ryder Cup team this year at Whistling Straits, depending on the legendary golfer's physical state.

Stricker is set to captain the American team for the first time at the Ryder Cup this year when the re-scheduled event takes place at the end of September at Whistling Straits in Wisconsin.

The 54-year-old described the importance of Woods' role with the players and the effect that his presence could have on the US team, who have only won one Ryder Cup in the last five renewals.

"I've texted him back and forth and he's all in with us," said Stricker.

"He's all in to help us in any capacity that he can, we're not sure healthwise where he's going to be at that point but he's all in and that's just the kind of guy he is.

"What he means to the players I know is a great deal and what he can bring to the team is insurmountable too. So hopefully we can have him be a part of it in some shape or form."

Woods may face a race against time to gain the physical health and fitness that he needs to help out Stricker at Whistling Straits. He is currently recovering from a car accident in February in which he sustained serious injuries.

The 15-time major winner was one of the vice-captains in 2016 when America beat Darran Clarke's Europe at Hazeltine and he also captained the US President's Cup team in 2019.

Stricker has played at three Ryder Cups himself but has only won the trophy once at Valhalla in 2008. This year, the top six in the American qualification standings will qualify for the team and Stricker will choose the other six in his captain's picks.