Ireland to host the 2026 Ryder Cup at Adare Manor 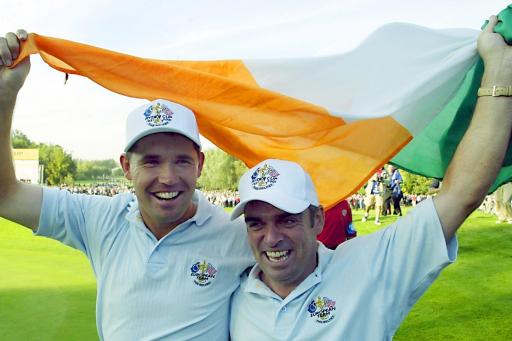 Fresh off Shane Lowry's maiden major triumph at The Open at Royal Portrush, it is being reported by the Irish Independent that IRELAND will host the 2026 Ryder Cup with Adare Manor in Limerick being the host venue.

According to the report, a deal was reached between the European Tour and the Government ahead of last week's Open Championship in Northern Ireland.

The biennial event between Europe and the United States will attract tens of thousands to Adare Manor and could be worth in the region of €160 million to the economy.

It is understood Sports Minister Shane Ross will take a memo to Cabinet today seeking permission to enter a financial arrangement with the European Tour, but sources said it's a "done deal".

Talks have been ongoing since last September when senior figures from the European Tour approached the Government to gauge the level of interest in hosting the biennial match between the US and Europe.

Adare Manor, which is owned by businessman JP McManus, was identified as the most suitable venue.

According to the report, another venue that was in the running for the 2026 Ryder Cup was The Belfry - the last English venue to host the Ryder Cup in 2002.

It is understood the Irish bid was completed following the successful Irish Open at Lahinch earlier this month.

As part of the arrangement, the Government will be expected to fund the long-awaited bypass around the tourist village of Adare.

A planning application is likely to be submitted to An Bord Pleanála later this year.

A payment will also be made to the European Tour but details of this are not expected to be revealed for commercial reasons.

Sources said the potential for tourism and international marketing far outweighs any financial investment the taxpayer will make.

Europe will defend their Ryder Cup title at Whistling Straits in Wisconsin next year.