Padraig Harrington: I want 12 picks for the 2020 Ryder Cup

Harrington wants the Ryder Cup to continue as planned - but with 12 captain's picks. 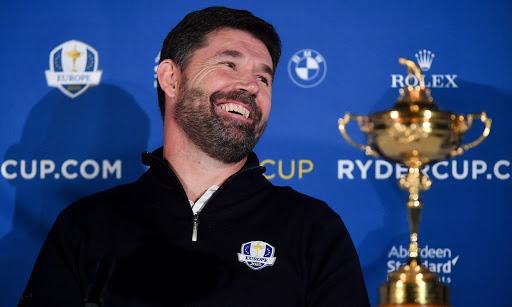 European Ryder Cup captain Padraig Harrington has told the Daily Mail he wants the Ryder Cup to go ahead at Whistling Straits in September but with 12 picks.

The coronavirus pandemic has forced a number of cancelled tournaments on both the European Tour and PGA Tour, with The Masters and US PGA Championship both being postponed for later in the season.

Under the current European Ryder Cup team system, nine players earn automatic spots in the team through both a World Points List and European Points List, and then there are three captain's picks just weeks before the event.

"We're playing on, if at all possible, because the merit of getting out there and showcasing our sport far outweighs a perfect qualifying system," Harrington told the Daily Mail.

"It wouldn't worry me if we were the first tournament back and I had to go with 12 picks with no qualifying.

"In many ways it would be perfect if the Ryder Cup was the first tournament back. Just 12 guys from Europe and 12 guys from America, with no prize money at stake and competing just for the glory.

"Wouldn't that be a nice way for the sport to start back?"

Paul Casey recently said he believes the Ryder Cup should be pushed back by 12 months due to the coronavirus pandemic.

The 2020 Ryder Cup is due to take place at Whistling Straits from September 25 to 27.

NEXT PAGE: POLICE ISSUE WARNINGS TO GOLFERS STILL "NIPPING OUT FOR A ROUND"