Has Captain America just completely obliterated his Ryder Cup chances if Brooks Koepka has to withdraw? 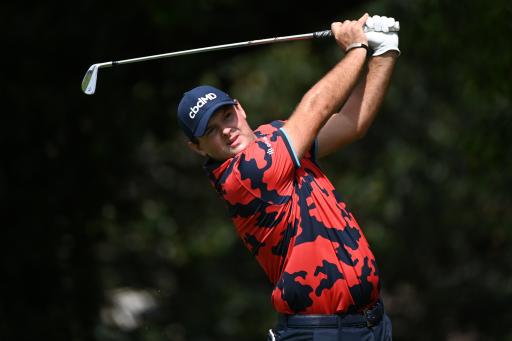 Now here's a sentence you might not be surprised to see: Patrick Reed doesn't seem happy.

Captain America was snubbed by US Ryder Cup captain Steve Stricker in favour of a group of six rookies for Whistling Straits.

Stricker told the media he repeatedly apologised to the 2018 Masters champion, saying he lost sleep over the decision to omit him.

He said all the right things and took it like a champion, Stricker said, but it appears Reed has now ruffled a few feathers.

His Twitter profile @PatReedGolf was liking several posts criticising Stricker's decision, with one labelling the US captain a coward.

It's a bit awkward, but not surprising in the least from Reed, who has always appeared to adopt this lone wolf approach.

It begs the question, what happens if Brooks Koepka has to withdraw injured from the side?

Stricker has already said there is a decision there that quite possibly needs to be made, but they're not quite at that bridge yet.

Has Reed, or whoever runs his social, just completely obliterated his chances of a late call-up?

Reed, 31, is a nine-time winner on the PGA Tour including his supreme Masters victory in 2018.

He was critical of the decision not to be paired with Jordan Spieth at Le Golf National, despite all of his team victories coming with Spieth.

He has an overall record of 7-3-2 at three Ryder Cups.

Reed is fairly active on social media, but his account has not tweeted since the Tour Championship.

He was sidelined before that with bilateral pneumonia and said it nearly claimed his life.

NEXT PAGE: CHRISTIAAN BEZUIDENHOUT: WHAT'S IN THE BAG OF THE SOUTH AFRICAN STAR?