Patrick Reed wasn't picked, but was it really that surprising? 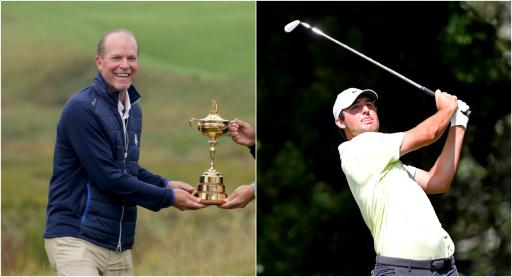 Out with the old and in with the bold.

This sums up U.S. Ryder Cup captain Steve Stricker's approach to Whistling Straits ahead of their Wisconsin showdown.

And it's fair to say he has been bold with his choices as six rookies will peg it up against the Europeans.

He has said that he hopes they will bring the Ryder Cup back to where it belongs after their humbling defeat at Le Golf National.

But has he made the correct call?

He certainly needed to be brave after Europe have claimed nine of the past 12 Ryder Cups.

Let's look at a few things in detail and we might have a better understanding of Stricker's thinking.

One swing from every player on the U.S. Ryder Cup team. pic.twitter.com/DFIH4fJXGK

Admittedly, I was a little bit surprised to see Captain America not picked.

But there is no future in the past.

His epic with Rory McIlroy will go down as one of the great matches.

But you can't help but get the feeling Reed will just dine on this victory for the rest of his life.

When you hear players like Ian Poulter talk about previous glories, he always talks about the team.

Last night, Reed was favouriting Tweets suggesting his omission was a mistake.

His lone wolf and who me act may now be wearing thin.

Reed is recuperating from a major respiratory infection that could have claimed his life.

The idea that he could reproduce his 2016 form, let alone play 36 intense holes a day is wishful thinking.

But he was disastrous in Paris and Justin Thomas beat Rors and went 4-1 overall.

I'd argue, tough as it may be, Stricker has made the correct call here.

It's also important to point out that four of these picks were not really too surprising.

Finau has been in fine form and recently tasted a glorius victory.

Xander is the Olympic champion, a consistent major contender and a perennial tour winner.

Spieth is a great individual and team player, while English deserves his spot regardless of how he played at the Tour Championship.

Berger spilled the beans when he revealed he was going after saying he had been chatting to Freddie Couples.

While Scottie Scheffler looked at some points he was going to be the odd man out for either Webb Simpson, Kevin Kisner or Kevin Na.

On paper, Scheffler's game looks better suited to this course as neither Simpson, Kisner or Na are the longest off the tee.

But Na has the potential to have that Poulter like juice the Americans so desperately crave.

This Ryder Cup should be an epic.