Daniel Berger will make his Ryder Cup debut after making the US team as one of Steve Stricker's captain's picks. 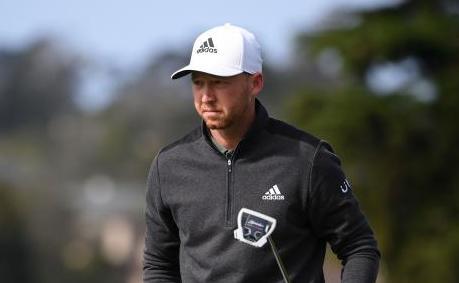 US Ryder Cup captain Steve Stricker has hailed Daniel Berger as a 'gutsy competitor' and sees no weakness in his game ahead of his rookie appearance in the event.

Along with Schauffele, Scheffler and English, Berger will be making his first appearance at the event that was delayed by one year as a result of the Covid-19 pandemic.

"We know what we're getting (in Berger), a great competitor, a gutsy competitor," Stricker said.

RELATED: CHRISTIAAN BEZUIDENHOUT: FROM NEAR DEATH TO THE EUROPEAN TOUR

"There's no weakness in his game and he's very consistent. He played well this year, especially in the last couple of majors. He’s a gutsy, classy guy with a never-give-up attitude."

The 28-year-old won his fourth PGA Tour event at the AT&T Pebble Beach Pro-Am earlier in the season. He has also made eight top-10 finishes in his last 23 events.

He followed up a tied seventh finish at the US Open with a tied eighth finish at The Open Championship, and he rounded off his season by narrowly missing out on the top 10 at the Tour Championship.

"Strick is a great leader. He makes it about the players, which I think is very important in a team environment," Berger said

"I’m very grateful to represent the United States of America and hopefully put some points on the board for Team USA."

Now ranked as number 16 in the world, Berger has certainly earned his place in the American Ryder Cup side for 2021, but many golf fans were surprised at the omission of Patrick Reed.

Reed played 72 holes at the Tour Championship after battling a case of double pneumonia in hospital, and Stricker's concern was if the 2018 Masters champion would be fully fit to participate.

There is a whisper that Brooks Koepka may miss out due to a wrist injury, but the US side is to assess this situation moving forwards.