Mickelson believes he will need to win either the BMW Championship or Tour Championship to earn a pick in the US Ryder Cup side. 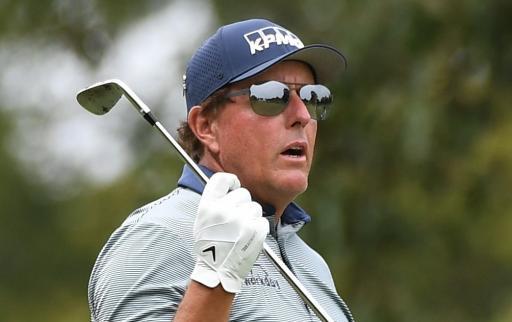 Phil Mickelson believes he will need to win either the BMW Championship or Tour Championship if he is to earn one of Steve Stricker's six captain's picks in the US Ryder Cup side to face Europe at Whistling Straits at the end of September.

Mickelson, 51, missed the cut at the Northern Trust last week but managed to still sneak into the final 70th spot for this week's BMW Championship to give himself one last chance to impress Stricker with a solid showing at Caves Valley Golf Club.

But Mickelson, the man who became golf's oldest major champion with victory at the US PGA Championship earlier this season, arrives at this week's second FedEx Playoffs Series event off the back of a miserable run of results.

Since landing a memorable sixth career major title at Kiawah Island, Mickelson has missed three of his last seven cuts and has recorded just one top-20 finish with a tie for 17th at the WGC-FedEx St Jude Invitational earlier this month.

"I have not played consistently week in and week out to earn a spot," said Mickelson, who lies 19th in the US Ryder Cup standings where only the top six players earn automatics in Stricker's side.

"There are better players, there are younger players, and unless I were to win this week, or finish whatever I need to finish, like top 4 or top 5, to get into the Tour Championship and then win there, maybe I’d deserve a pick.

"Other than that, I haven’t played at the level consistently week in and week out to deserve a spot. I had one great week at the PGA."

Mickelson already holds the record for the most amount of Ryder Cup appearances at 12.

Tony Finau, off the back of his Northern Trust victory, lies in sixth place in the standings but he will need to fend off Xander Schauffele, Jordan Spieth and Harris English for that all-important automatic sixth spot by the end of play this week.

The final automatic spot will be decided on Sunday evening and then Stricker will reveal his six wildcard picks after the Tour Championship next week.