Ian Poulter's passion for Team Europe and the Ryder Cup is unrivalled and that is a key reason why he could make it to this year's renewal at Whistling Straits. 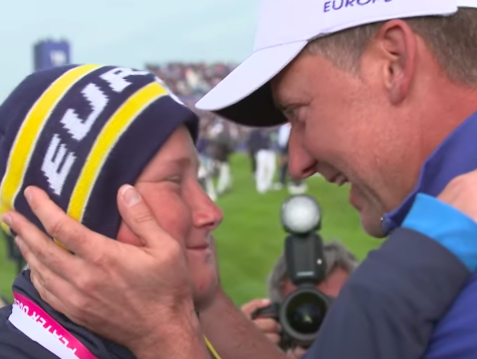 When you think of Ian Poulter, there is only one thing that you immediately associate with him: The Ryder Cup.

Poulter embodies the spirit and passion that has carried the European team through so many tough afternoons when they have been up against strong American sides.

In 2010, he promised that he would deliver a point against Matt Kuchar at Celtic Manor and he emphatically beat the American 5&4, which was a crucial point towards a narrow win for Colin Montgomerie's side.

On Saturday evening at Medinah in 2012, he made five consecutive birdies alongside Rory McIlroy to beat Jason Dufner and Zach Johnson to give Europe hope on the final day.

We all know what happened next and in 2018, Poulter had arguably his best Ryder Cup moment when after beating World No. 1 Dustin Johnson in the Sunday singles at Le Golf National, he embraced his son Luke.

The 45-year-old has three PGA Tour titles to his name and has earned nearly $30 million in the process, but it seems no amount of money is worth the memories he has created at this iconic tournament.

At the last renewal in France, Poulter received a captain's pick from Thomas Bjorn and it looks as though he may have to go down this route again for the 2021 matches.

He is currently ranked 12th on the world points list with Irishman Shane Lowry currently occupying the final place on this list.

If he cannot climb higher during the FedEx Cup Playoffs, he will face a nervous wait on the week beginning September 13 to see if Harrington selects him as part of the squad.

Poulter's record in the event is 14-6-2. He has only been on the losing side once and he has never lost in the singles. His experience, passion and determination in the Ryder Cup could make him unignorable for the captain.

NEXT PAGE: "I JUST WANTED TO STAY IN BED": MATTHEW WOLFF OPENS UP ON MENTAL HEALTH ISSUES