Padraig Harrington not keen on Rory McIlroy and Shane Lowry playing together at the Ryder Cup. 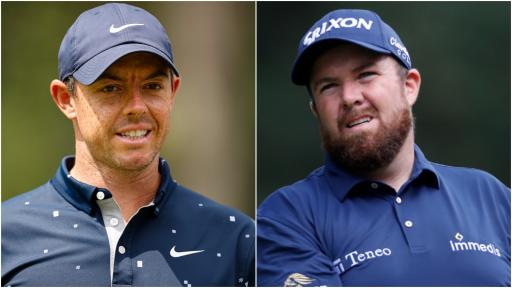 European Ryder Cup captain Padraig Harrington has hinted he will not be pitting his Irish compatriots Shane Lowry and Rory McIlroy together in either the fourballs or foursomes at Whistling Straits.

There has been much talk on the predicted pairings since Harrington completed his team with wildcard picks Lowry, Ian Poulter and Sergio Garcia after the BMW PGA Championship last Sunday.

According to a report in the Irish Independent this week, Harrington is going to keep his Irish counterparts apart on Friday and Saturday.

"Being nostalgic about Shane and Rory playing together, that tends to be a red flag to me, and I tend to push it away," said Harrington.

"In some ways, it was harder for Shane to get picked, because he knew me or because we’re friends, than in normal circumstances."

Harrington also implied he will be giving all 12 of his European players an outing on day one.

"I have a role for everybody in that team," said Harrington.

"Every single person in that team has a purpose during the week, and I can see it clearly – and it is my job to make sure that I feed into that, and make sure that they play that role."

He added: "Definitely, one size does not fit all. I looked at great captains over the years and some of the captaincies where I had a great experience.

"I talked to other players, and they said, well, as good as I thought the captain was, I didn’t have as good a week.

"Ultimately, I have to ensure that I give the feeling of having confidence in my players.

"When I’ve done in the game, to some of these guys that’s a while ago too, it stands out that you could be just a little bit aloof, and I have to make sure that I don’t think I’m any better than them, that I believe in them."

NEXT PAGE: PREDICTED RYDER CUP PAIRINGS FOR THE FOURSOMES AND FOURBALLS