Rory McIlroy: "It SUCKS but it makes getting the Ryder Cup back EVEN SWEETER"

Rory McIlroy reflects on a disappointing week for himself and Team Europe, but is intent on winning the trophy back in Rome. 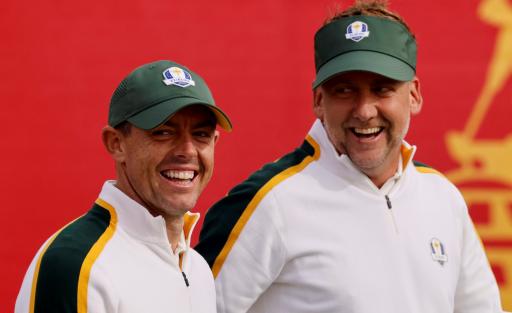 Rory McIlroy may have been brought to tears as Europe lost the Ryder Cup to the United States, but the Northern Irishman admits he will do everything he possibly can to win it back in two years' time in Rome.

McIlroy was criticised by many golf fans on social media for going 0-3 in the foursomes and fourballs at Whistling Straits.

He was dropped for the first time in his Ryder Cup career, dating back to 2010, when captain Padraig Harrington benched him for the Saturday foursomes.

RELATED: RORY SILENCED A LOT OF CRITICS WITH HIS SUNDAY SINGLES DISPLAY

But despite being out of form for much of the week, the former World No.1 bounced back manfully with a convincing 3&2 victory over Xander Schauffele in the first match out in the Sunday Singles.

McIlroy trudged off the green and spoke to Sky Sports Golf, but was quickly brought to tears after realising it was just a matter of time until USA picked up their required three and half points to regain the cup.

Steve Stricker's US side ended up with eight points from the 12 singles matches to see out a record 19-9 scoreline.

With a bit more time to compose himself in the post Ryder Cup Europe Team press conference, McIlroy, who took to the mic while he could hear the Team USA celebrations going on outside, was already looking ahead to 2023 in Rome.

"It sucks to lose, it really sucks," said McIlroy.

"Listening to 'We Are The Champions' being sung out there... if we have an opportunity in Rome and I'm on that team, it will make getting that cup back even sweeter."

McIlroy then reflected on his own disappointing week where he took one point from a possible four.

"I want to try be as good as team mate as can be," said the four-time major champion.

"Do I wish I would have played better and delivered points? Of course I do.

"No one was more disappointed in the way I played than me.

"Padraig said all we could do on Sunday was go and win a point and for me to put blue on the board early.

"I feel like I was bestowed a privilege position to lead the team out, and got the point. I couldn't do it at Hazeltine and Paris, but did it this time. I did the best I could do for my team."

NEXT PAGE: "THIS IS THE GREATEST US RYDER CUP SIDE OF ALL TIME"