Wives and girlfriends of players in the European Ryder Cup side are permitted entry to Whistling Straits. 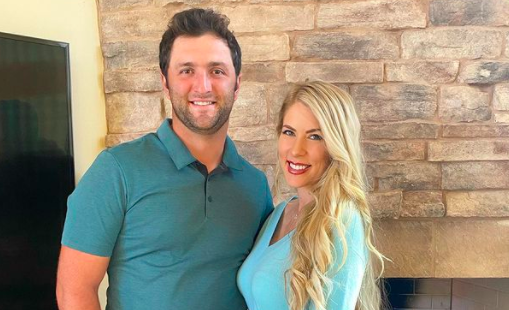 The wives and girlfriends of Team Europe's Ryder Cup team have been granted waivers to enter the United States and watch the action unfold at Whistling Straits despite coronavirus travel restrictions.

It is understood that Padraig Harrington's European team - which is spearheaded by Rory McIlroy and Jon Rahm - will be joined by their partners on a charter flight for around 200 people.

The flight is expected to leave Heathrow on Monday morning.

RELATED: WHO IS JON RAHM'S WIFE?

It has become an annual tradition for the wives and girlfriends of each member of the Ryder Cup team to join the proceedings at the opening and closing ceremonies, along with following their men outside the ropes with the rest of the backroom staff.

As it stands under Covid travel restrictions, EU and British citizens are not allowed to enter the United States.

However, talks between the US Embassy, PGA Tour and European Tour have led to granting an exemption to the families of each member in the European Ryder Cup team.

NEXT PAGE: PADRAIG HARRINGTON ADMITS HE WOULD HAVE STILL PICKED BERND WIESBERGER OVER JUSTIN ROSE