Sam Burns, unfortunately, didn't get chosen for the American Ryder Cup team, but this provided motivation for the 25-year-old. 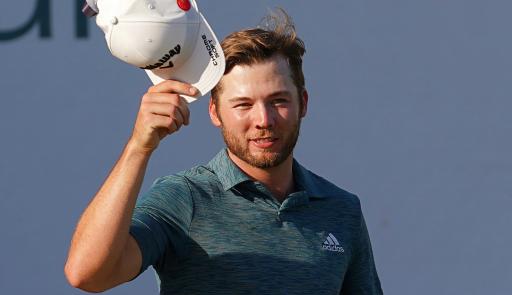 Sam Burns revealed that he received a "gut-wrenching" call from US Ryder Cup captain Steve Stricker to tell him that he hadn't made the team for 2021.

The American side was absolutely scintillating at Whistling Straits, cruising to a record 19-9 victory and Team Europe were simply not good enough in Wisconsin.

Burns was ranked 16th in the US team standings when Stricker chose his six wildcards. Scottie Scheffler, who was chosen, was ranked at number 14 so it was touch and go for Burns.

Speaking after his second PGA Tour victory at the Sanderson Farms Championship, Burns told the media that it was certainly disappointing to receive the news that he didn't want.

RELATED: SAM BURNS: WHAT'S IN THE BAG OF THE SANDERSON FARMS CHAMPIONSHIP WINNER?

"I watched a little bit (Ryder Cup), I didn't really watch much, to be honest. I don't necessarily watch a lot of golf," said Burns.

"I think getting the call from Stricker on Monday and hearing the news that I didn't make the team was definitely very motivating and definitely kind of gut-wrenching.

"I think it's definitely motivated me to try to be on the next team and continue to try to improve and hopefully be on it the next go."

The next Ryder Cup will be hosted by Marco Simone Golf and Country Club near Rome in Italy, it will be a fantastic occasion and I, for one, will be shocked if Burns isn't on the American side.

The 25-year-old showed great determination and clutch-play to make three consecutive birdies on the back nine to take the tournament away from the field on Sunday.

He finished on 22-under-par at the Country Club of Jackson to finish one shot ahead of Nick Watney and Cameron Young. He is now a two-time winner on the PGA Tour.

The World No. 18 made eight top-10 finishes in the 2021 season and he has made the perfect start to this one. Burns was extremely honoured to secure his win in Mississippi.

RELATED: HOW MUCH DID EVERY PLAYER WIN AT THE SANDERSON FARMS CHAMPIONSHIP?

"It hasn't really set in yet. Still looking out there at the golf course like kind of trying to figure out what happened," Burns added.

"Yeah, just very honoured to win here, being so close to home it's only two and a half hours from where I live now and having friends and family here it's really cool and a special week and just really excited.

"It was very similar to the first three days, just having a game plan for the golf course and what that was getting in the fairway, trying to give ourselves lots of looks."