Steve Stricker provides another progress update of Tiger Woods ahead of the Ryder Cup. 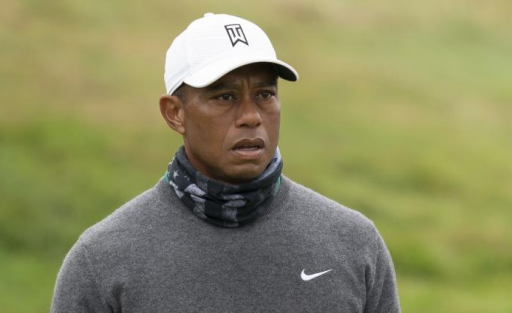 Tiger Woods will "probably not" make an appearance at the Ryder Cup this week, according to United States captain Steve Stricker.

Woods is however expected to give the US team a motivational speech via a video link should he not be able to make it to Whistling Straits.

The former World No.1 is currently still on crutches recovering from leg injuries sustained in his horror car crash in Los Angeles in February.

"It's probably not going to happen," said Stricker on whether Woods would make an appearance this week.

RELATED: TIGER TO GIVE A MOTIVATIONAL SPEECH AT THE RYDER CUP

"But it's not a great time for him to be here physically. It's a tough course to walk.

"He is getting better, feeling better, and he is focused on coming back to play again.

"We don't want to get in the way of that as we all want to see him get back to the sport as quick as he can."

Stricker was answering questions alongside European Ryder Cup captain Padraig Harrington in a joint captains press conference in front of the media.

The US skipper was also asked to provide an update on Brooks Koepka's injured wrist, to which he replied: "He says he is 100% and is raring to go."

As for partnering Koepka with his chum Bryson DeChambeau, Stricker said it would be "unlikely but who knows what will happen."

He added: "They have both assured me they will be fine and I have no concerns about it."

NEXT PAGE: BRYSON WANTS TO END HIS FEUD WITH BROOKS AHEAD OF RYDER CUP